The Boston Marathon bombing, terrorism, and why we should take a deep breath and make sure we're not indulging the wrong emotions.

I was originally going to run a post this week about over-expression of emotion. But in light of the bombs exploding at the Boston Marathon yesterday, I’d like to take a moment and comment on that instead.

Terrorism is a form of psychological warfare in the most literal sense. All of its power comes from leveraging the imperfections of the human mind and the tendency for people to make dumb decisions when they’re consumed by fear.

The bombings yesterday killed three people and injured over 100 more. When all is said and done, probably about a dozen people will be dead. It’s tragic and upsetting.

In the grand scheme of things, a bombing like this is a blip on the radar, gone as quickly as it came. Yet it generates a much stronger emotional reaction from us than anything else. Everyone is talking about it. It’s impossible to go anywhere on the internet without reading about it. Why?

Psychological research has shown that humans have a number of fear triggers, triggers that cause us to become far more afraid than the actual threat warrants. One is when an act of violence is random. If the act of violence is directed at a specific individual or group, it’s easy to brush it off as someone else’s problem. They may be dead, but we’re safe. But when it’s random, our minds have a beautiful tendency to always assume we’re next.1 It’s the same perceptual bias that keeps people buying lottery tickets, the self-absorbed notion that we’re always somehow the one in a million.

Secondly, terrorism is public. Terrorists intentionally target public places so that even if they don’t injure the most people, the most people will see it and be affected by it. There’s a symbolism to terrorism. The more significant the public event, the more magnitude the violence will be perceived to have. Had this bomb blown up at a retirement home in Wyoming, chances are it’d get far less coverage. And sadly, it would feel less significant, even if it killed more people.

Finally, terrorism takes advantage of the fact that fear sells.2 Humans are wired to feel like fear is more important than any other emotion; therefore we’re far more likely to share it, broadcast it, and yes, even view it. As a result, it spreads throughout society like a virus, reinforcing the idea over and over again to everyone who sees it: you’re next.

This is why we get everyone and their mom on Facebook and Twitter posting soliloquies about how upset they are. We get media outlets pumping out article after article of unconfirmed “news.” And we get widespread voyeurism, as nobody can look away from the gruesome pictures and videos. Everybody buys into the drama. Everyone feels righteous in their horrible emotions. And everyone then continues to spread the disease of fear further.

The problem with indulging in this process is that it’s this exact process that makes terrorism powerful: our reaction to it. Terrorism depends on the victims to be too self-absorbed to look at the situation at a population level. It depends on people becoming self-righteous and paranoid and on them becoming glued to the repetitive news coverage for 12 hours straight. It depends on people buying into the irrational belief, “I’m next.”

It’s drama on the highest scale, the ultimate reality TV show. And when you indulge in it, you open yourself up to disgusting beliefs. Apparently, a FOX News employee tweeted to “Kill all Muslims.” People on Facebook are beginning to post long rants about US foreign policy or whatever their pet cause is, despite the fact we know absolutely nothing about who did this or why they did it. Tear-jerker stories abound this morning of some random dude who tried to pick up and carry another random dude who lost his leg, marathon runners who ran to the blood bank despite the fact that there was no need for blood, and of course the politicians’ obligatory platitudes about country, strength, justice, blah, blah, blah.

My initial reactions were no different from everyone else’s: shock, disbelief, fear, sadness. My cousin ran in the marathon and finished less than an hour before the explosion occurred (she’s fine). Many of my friends still live in Boston, and in many ways I see it as my home town. Hell, I stood on that corner just six days before, waiting to meet a friend for dinner. It was surreal, and horrifying.

But that’s where it ends. This incident honestly doesn’t involve me. And it doesn’t involve you either. Unless you know one of the 100 and some-odd people sitting in Mass General Hospital right now, or you were standing on Boylston yesterday afternoon when the blast happened, it’s not about you.

Mourn the tragedy. Feel the anger and sadness and confusion. But then move on. This isn’t about you, or me, or your aunt who used to live there and oh-my-god, my brother’s friend used to work in an office building like three blocks from there…

This is not even about country or religion. It’s about a deranged murderer, the victims, and the police.

Terrorism is a fact of our age. The internet and 24-hour media machine enable it. But it’s a psychological weapon. A homemade bomb does little. Hijacking a plane does little. Even blowing up an entire building does little. It’s the fear and paranoia and blame and hate of the millions of people who watch it that does something. And it does something insidious. 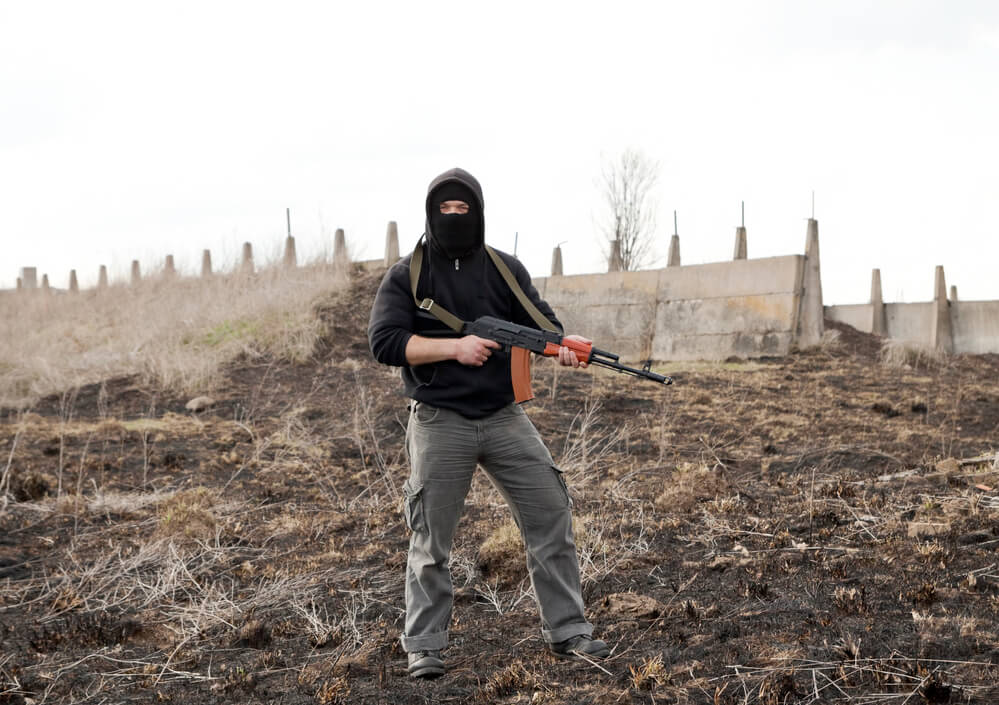 In World War II, the Germans attempted to bomb England into oblivion. The idea was to bomb the English population into making Churchill withdraw from the war on the continent. It was terrorism on the widest scale imaginable. People died like this every single day.

From this period, a famous English phrase came about: Keep calm and carry on. Death is only as scary as you make it. Horrible acts like this can only control you as much as you let them. Feel the emotions, express the emotions, but don’t indulge them. Don’t indulge in the pointless news stories. It will only make you more upset and less able to cope. Educate yourself. Don’t be corrupted by the fear. Don’t buy into the hate. This was a crime and we already have systems in place to deal with criminals. Just keep calm. And carry on.

(Cover image by slagheap is licensed under CC BY 2.0)