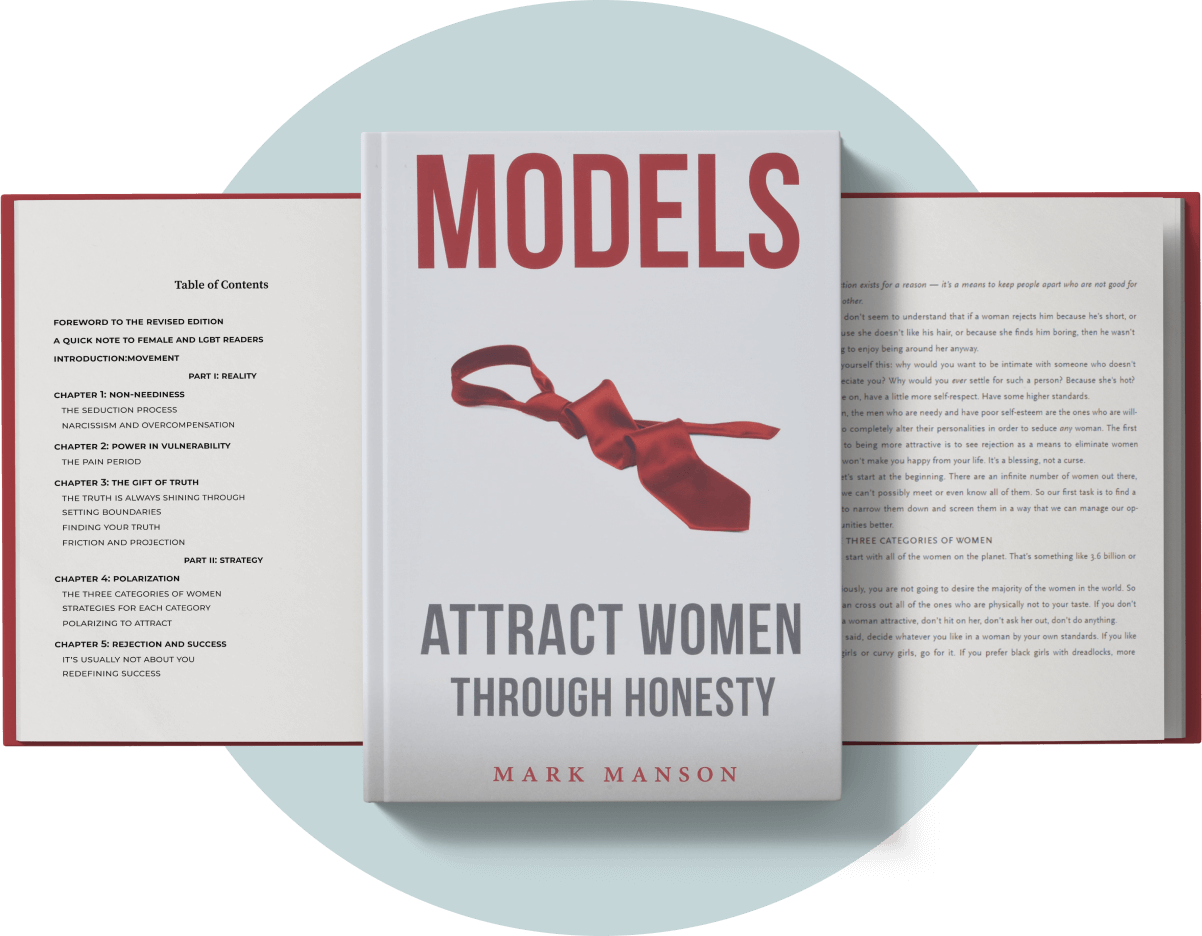 It’s the men’s dating book that broke through all the noise to give a practical, no-nonsense view on what it means to be a healthy, attractive man. The principles described are timeless. More than a decade after the first edition was released, it’s still a best seller in the category. Get your copy today and find out why.

Buy Your Copy of Models 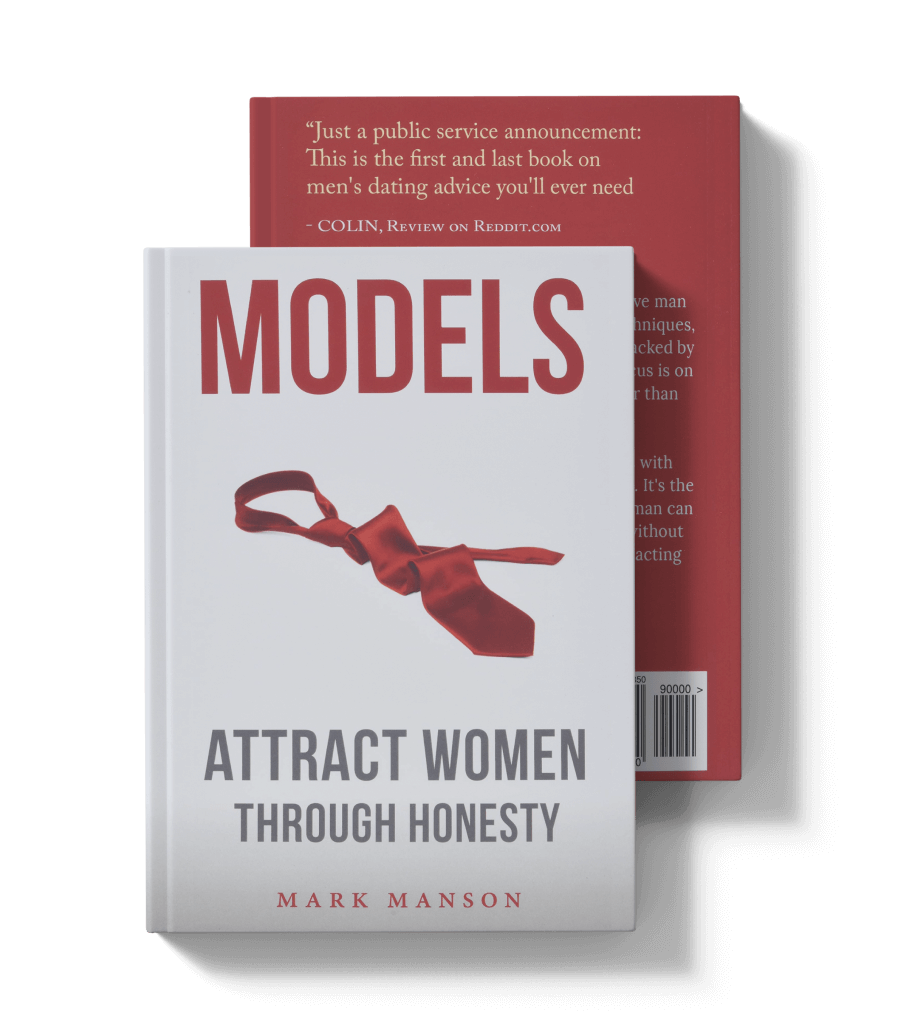 Neediness is not sexy. Learn how to be non-needy without turning into a narcissistic prick in this free chapter from Models.

What Readers Are Saying

I honestly don’t know how a man could read this book and not improve his life in some way from it. Models is, without a doubt in my mind, a necessity for the modern man.

Hey Mark, I just wanted to personally thank you and tell you that I really enjoyed your book Models. It had quite a lot of insight. I especially loved your framework of defining a “new masculinity.” It really resonated with me because it reaffirmed much of my experience with men whose characteristics I really look up to.

Reading your book Models basically opened my eyes and made me understand certain things about myself; things that were keeping me from being successful in this area of my life. After some introspection, as well as applying some of the things described there, I started having noticeable improvement. So, for all of this I want to say thank you.

You know, I don’t feel like I gave your book due justice by just saying it was an excellent read. I’d like you to know that I absolutely love it. I haven’t read anything on game for awhile, but as soon as my friend told me about this book by a guy named Mark Manson, I knew I had to pick it up because I’ve always viewed you as a perceptive, articulate guy.

I want to tell you that you’re probably one of the few people who really got “it” figured out. I’m only half-way through your book, and it’s unbelievable how everything is making so much sense to me. Every time I read something in your book I can relate it to some encounter I had with a girl, I now understand why I succeeded at times and failed at another. Especially the part about vulnerability. Even if I did not read the rest of the book, I already got what I paid for. Thank you Mark.

One of the most refreshing reads since I’ve started this journey a year ago… One thing that has rubbed off on me is your positive attitude toward women and embracing their feminine energy rather than being bitter, angry or frustrated, and is a mindset I hope to further embrace.

Learn to Attract Women With Honesty

Models is a book on becoming an attractive man based not on tricks, tactics, games or techniques, but on self-development.

Its truths are backed by decades of psychological research. Its focus is on the emotional process of seduction rather than agonizing over logical steps. Its goal is to create powerful connections with women instead of trying to impress them.

Buy Your Copy of Models