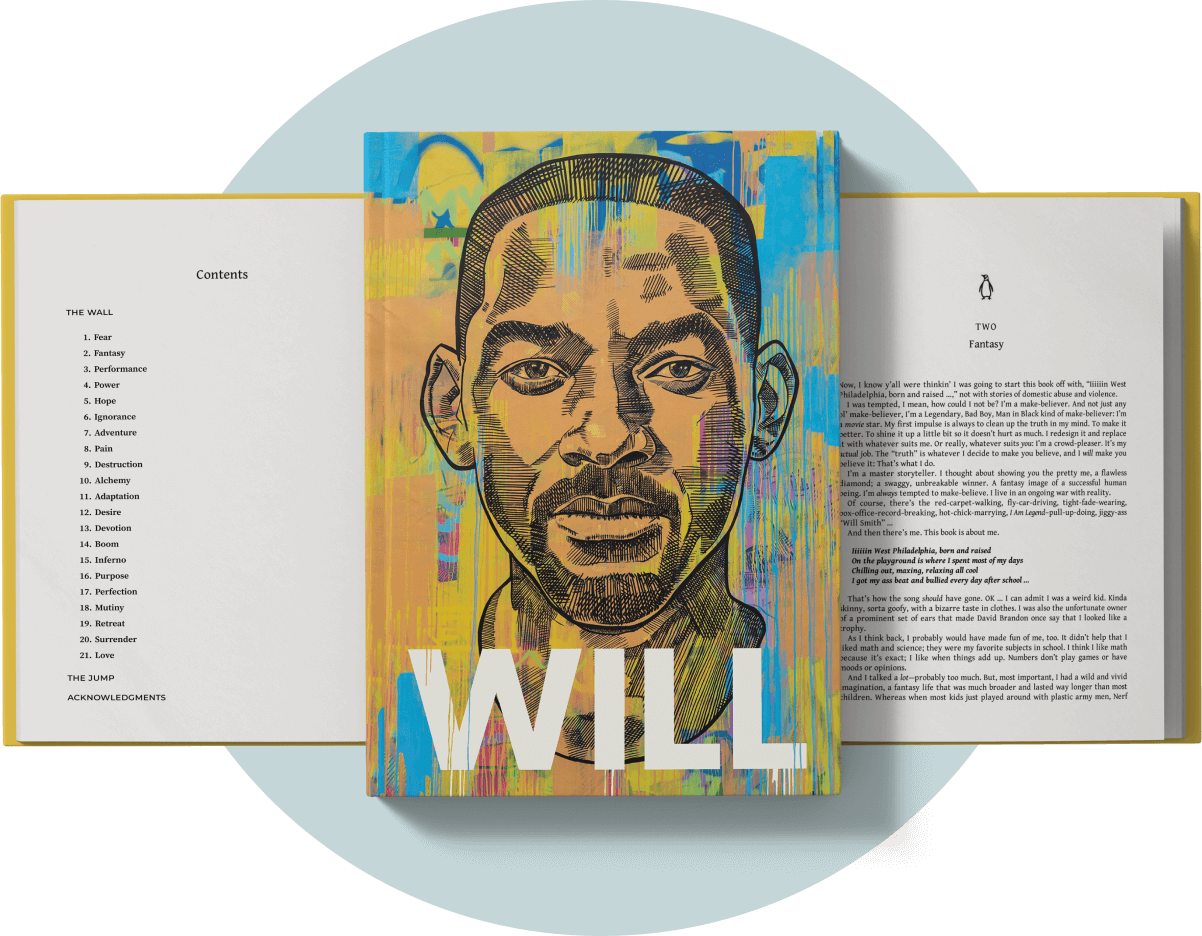 A number of years ago, Will Smith and his team contacted me telling me that he wanted help to write a book about his life. He wanted to not only share his stories but also impart some of his life’s lessons, recounting how he overcame struggles and setbacks, survived abuse, trauma and racism, and came out the other end one of the biggest icons on the planet. Helping him write this book has been one of the honors of my career and the result is nothing short of profound.

Buy Your Copy of Will

Download a Free Chapter of Will, Will Smith’s #1 Bestselling Memoir 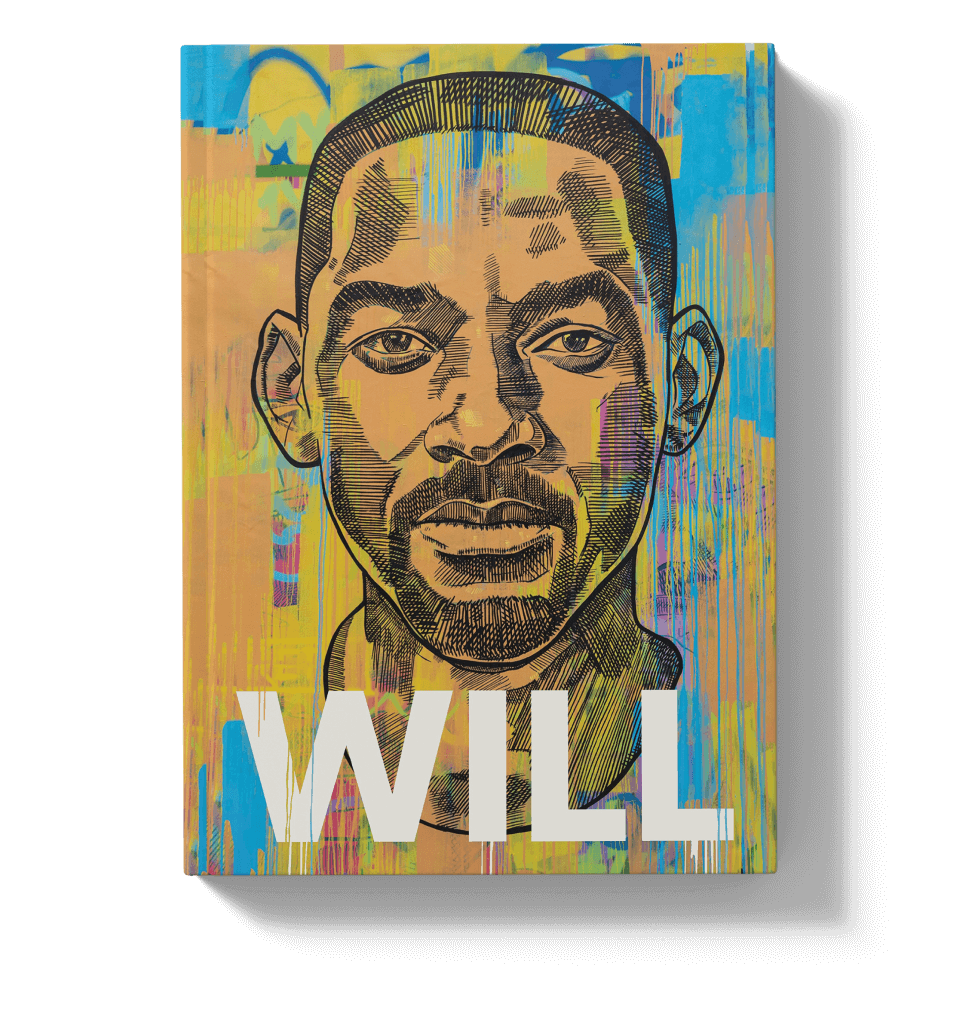 When Will Smith was eleven years old, his father decided he needed a new wall on the front of his shop. The laying of this wall, brick by brick, would come to define a large part of Will’s life. Learn how in this free chapter from the bestselling memoir. It shows every high, every low, and the sheer will it took you to become who you are… I love the book. It’s fantastic. This book doesn’t waste any time… Like a lot of families, mine included, we talk about nothing. You took the carpet, you shook it, you beat it with a broom, you let it all out. … The book is so good. Hoda Kotb
Host of Today With Hoda and Jenna

Will is not just a gift for the reader but an absolutely entertaining treat as well… It’s filled with laugh out loud, nostalgic references alongside poignant, powerful, relatable life and career lessons. … While we often think of leaders as successful, powerful… and oftentimes rich, Smith reminds us that the best leaders are really vulnerable, relatable and teachable.

Will Smith isn’t holding back in his bravely inspiring new memoir… An ultimately heartwarming read, Will provides a humane glimpse of the man behind the actor, producer and musician, as he bares all his insecurities and trauma.

The real Smith, the one that yells, cries, experiences heartbreak, is much more interesting. Early on, his act gives way to images of unhealthy relationship patterns marked by people pleasing and insecurity. Elsewhere, Will rewards music fans with memories of hip-hop’s early days, when getting a song played on the radio was a crowning achievement and selling rap albums was almost inconceivable.

One of the most dynamic and globally recognized entertainment forces of our time opens up fully about his life, in a brave and inspiring book that traces his learning curve to a place where outer success, inner happiness, and human connection are aligned.

Along the way, Will tells the story in full of one of the most amazing rides through the worlds of music and film that anyone has ever had. Will Smith’s transformation from a fearful child in a tense West Philadelphia home to one of the biggest pop stars of his era and then one of the biggest movie stars in Hollywood history, with a string of box office successes that will likely never be broken, is an epic tale of inner transformation and outer triumph, and Will tells it astonishingly well. But it’s only half the story.

Will Smith thought, with good reason, that he had won at life: not only was his own success unparalleled, his whole family was at the pinnacle of the entertainment world. Only they didn’t see it that way: they felt more like star performers in his circus, a seven-days-a-week job they hadn’t signed up for. It turned out Will Smith’s education wasn’t nearly over.

This memoir is the product of a profound journey of self-knowledge, a reckoning with all that your will can get you and all that it can leave behind. Written with the help of Mark Manson, author of the multi-million-copy bestseller The Subtle Art of Not Giving a F*ck, Will is the story of how one exceptional man mastered his own emotions, written in a way that can help everyone else do the same.

Few of us will know the pressure of performing on the world’s biggest stages for the highest of stakes, but we can all understand that the fuel that works for one stage of our journey might have to be changed if we want to make it all the way home. The combination of genuine wisdom of universal value and a life story that is preposterously entertaining, even astonishing, puts Will the book, like its author, in a category by itself.

Buy Your Copy of Will

Download a free chapter of Will, Will Smith’s #1 bestselling memoir