My favorite model for relationships comes from the work of anthropologist Helen Fisher. She’s dedicated decades of her life and her career to studying and understanding love, intimacy, and relationships. This post will cover her Three Loves Theory, a theory that I find incredibly helpful for understanding relationships.

The premise of the Three Loves Theory is that not all love is experienced equally. Anyone with a fair amount of romantic/sexual experience could tell you that love and passion come in different flavors. With some people it’s intense and furious, with others it’s mellow and sensitive. With some, it’s tumultuous with a lot of ups and downs, with others it’s slow and consistent over a long period of time.

But this isn’t just theorizing. Scientists like Fisher have studied the cognitive and neurobiological processes underlying attraction and love, and they’ve begun to pinpoint different emotions that occur at different stages of romantic relationships.1 Through these studies, Fisher was able to map the neurobiological components of each love experience and then match them to real-world social realities.2

The three loves that she came up with are the following: Lust, Passion, and Commitment.3 These three loves occur in different parts of the brain and occur independently from each other. For instance, you can be “in lust” with someone but have no perceived commitment to them (e.g., one night stands).

But before we get into that, let’s cover what the three loves are specifically.

Lust is a feeling that anyone should be able to relate to easily. It comes from the reptilian brain and is pure, instinctual reproduction.4 Lust is a yes/no proposition: basically, do you want to have sex with this person at this moment? It’s instantaneous and based on pretty straightforward physical and behavioral components of attraction. 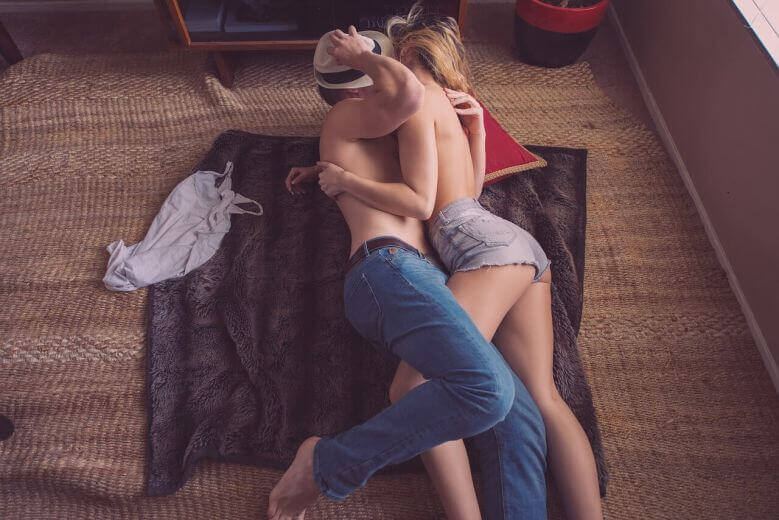 Lust can also leave just as quickly as it came. It’s transitory and shifts constantly within a person. It has no attachment or favoritism. It’s really as simple as, “Do I want to fuck him/her right now? Yes or no?”

Passion is the emotional connection that occurs between two people. It’s rooted in the mammalian brain.5 Two people in passion are considered “smitten.” They stare at each other, want to spend every hour of every day together, stay up until 6AM together talking.

Think newlyweds and honeymoons. Think romantic getaways. Think Romeo and Juliet. Passion is created by having a high degree of emotional chemistry as well as cultivating a sense of “newness” or spontaneity within the relationship. Hence, old married couples who plan romantic getaways to rekindle the passion in their relationship.

Passion has an incredible power to override a person’s logical functioning. It often cajoles us into making less-than-stellar statements and commitments.

It’s the boyfriend who says he loves his new girlfriend and then four months later changes his mind. It’s the girl who dreams for a year of moving in with her boyfriend and then as soon as she does, she realizes she doesn’t love him as much as she thought.

Blinded by passion, we get caught up in the moment and project an endless and utopian future for the relationship. Passion cannot be cultivated without lust, although a couple can remain passionate with one another after the lust disappears (again, think of an old married couple).

Passion’s death is wrought by a lack of shared experience and lack of newness. Once a couple hits the point after 6-12 months together where the “newness” of the other person starts to wear off, a serious test of their compatibility will arise.

If that couple can merge their lives together in such a way that they continuously share their new experiences with one another, then passion will continue. If not, then it will eventually fall by the wayside.

Which brings us to the third and final love.

If two people remain in passion for long enough, and there is a long-term compatibility where they can continue to share new life experiences together indefinitely, then commitment will arise. Commitment is an unbelievably powerful feeling and occurs rarely in life.

Commitment is when the passion of Love Two persists to the point that it’s unconditional. Couples that are in Love Two and not Love Three will often feel great until something happens: he loses his job, she has a miscarriage, he starts drinking, etc.

Commitment is when you emotionally accept and love the other person’s flaws as much as their strengths. Scientists have actually shown that for couples who reach that level of commitment, their senses of self actually merge with the other person.6

What researchers have done is observe neural activation patterns in these long-term couples. They found that if you ask a man married for 20 years to think about his wife getting into a car accident, and then ask him to think about himself getting into a car accident, the same “self” spots in his brain will light up, whereas it won’t for anybody else. And it won’t for couples who have not been at the Third Love of commitment for a long period of time. 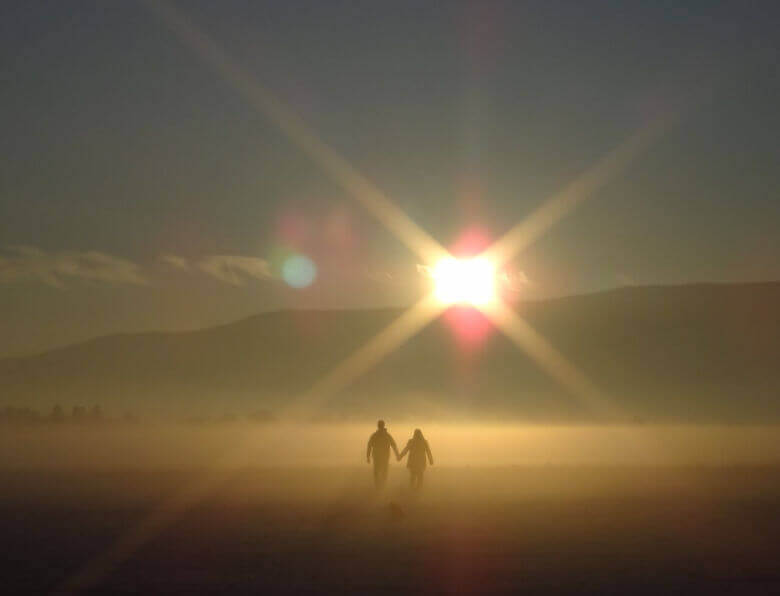 Commitment arises with the idea that the relationship will persist indefinitely. The only way it can end is if one or both parties of a relationship change individually to the point where it becomes harmful for the other person to self-identify with their partner: again, think of the husband who becomes an alcoholic, or the wife who keeps cheating, etc. Sometimes even then, the power of commitment holds on, depending on the individuals.

Passion and Lust can disappear well after Commitment arises without affecting the Commitment. In this way, each love is a pre-requisite for the subsequent love to emerge, but once it has, it’s no longer necessary. Lust is needed for passion, but passion can exist later without it. Passion must exist for commitment, but later on, commitment can exist without it.

There are timetables for each love, although these are very arbitrary and will vary widely from person to person and couple to couple.

But it’s helpful to think about this: Lust is instantaneous and comes and goes constantly, being very easy to retrieve once lost.

Passion takes anywhere from a few days to a few weeks to emerge, and usually sticks around for 3-6 months. In highly compatible couples, it will persevere but still require effort and constant communication to maintain beyond a couple years.

Commitment arises after anywhere from 1-3 years together and remains for a lifetime unless two people grow apart as individuals, in which case it often takes years to undo itself.