Dating advice mostly ignores diving into compatibility and chemistry because they can’t be faked or changed. These ideas are there or they are not.

Instead, most dating advice focuses on the nuts and bolts of dating: what to say, when to say it, how to not look like an ass-face. Dating advice also caters to people who want the “hacks.” They want to know how to get that person who we feel is out of our league, to somehow trick or coax or cajole them into noticing us: 3 things to say to the girl we’ve never had before. Here’s what to wear to attract the man we’ve fantasized about. Don’t talk about pineapples on the first date if you don’t want to die alone.1

And if that guy or girl who’s out of our league is actually not compatible with us, well, we don’t really want to hear about that.

The terms compatibility and chemistry are often used interchangeably, but they’re not the same thing. A lot of people use the words loosely to try to define that thing which exists in the space between two people—the unspeakable and unseen connection (or lack thereof). But they’re not the same thing at all, and understanding the difference is crucial if you want a happy, healthy, and long-term relationship.

Compatibility is the natural alignment of lifestyle choices and values of two people. A youth minister and a drug dealer are probably incompatible and I doubt many end up dating each other.

If I value women who are intelligent and educated and I meet a high school dropout who is attracted to guys who have big muscles and like to hunt deer, then we have a fundamental incompatibility that will probably never be overcome and we will never date one another. At least, not for long. 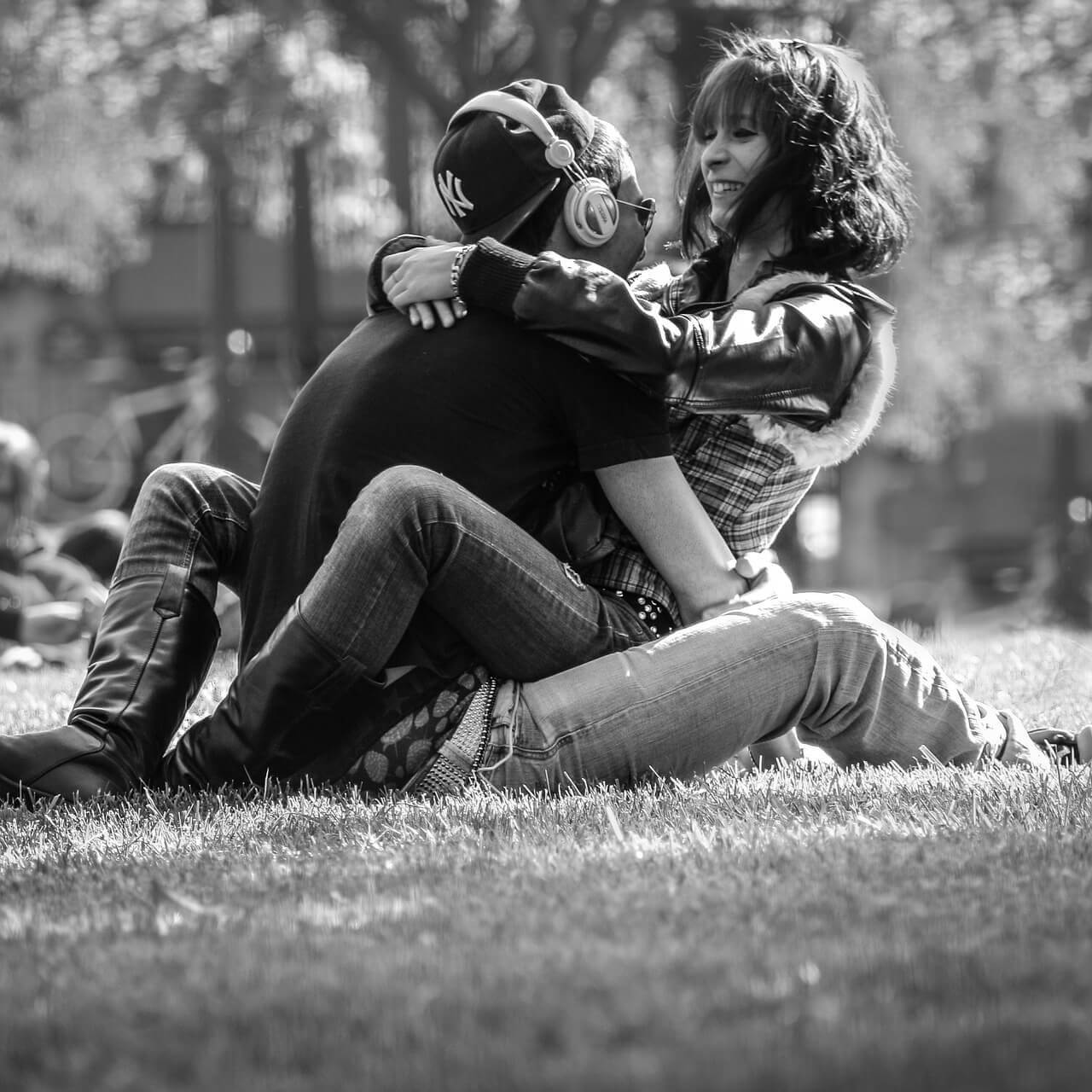 Chemistry, on the other hand, represents the emotional connection present when two people are together. When there is a high degree of chemistry, that strong connection can bring out warm, fuzzy emotions in each other, creating a kind of positive feedback loop through which two people continue to make each other feel better and better.

When you have a high degree of chemistry with someone, they monopolize your thoughts and/or your free time. You’ll stay awake talking till the sun comes up and not even feel like an hour went by. You’ll hope that every call or text is him/her. You’ll walk through life constantly wondering, “What would he/she think about x?” where x is a song, a bird, a walk through the park, a traffic jam, or a colonoscopy.

The artist Alex Grey once said, “True love is when two people have pathologies that complement one another.” He was only half-joking.

High levels of chemistry usually come from opposite yet complementary qualities in people. A woman who is highly-strung, energetic, and slightly neurotic will tend to have a high degree of chemistry with a guy who is relaxed, mellow, and open. Introverts often have natural chemistry with extroverts. People who are orderly and intense planners sometimes work best with people who are spontaneous and unorganized.

Unlike a lack of compatibility, a lack of chemistry doesn’t repel—it simply results in a lack of emotional intensity. Things just feel kind of dead and boring. 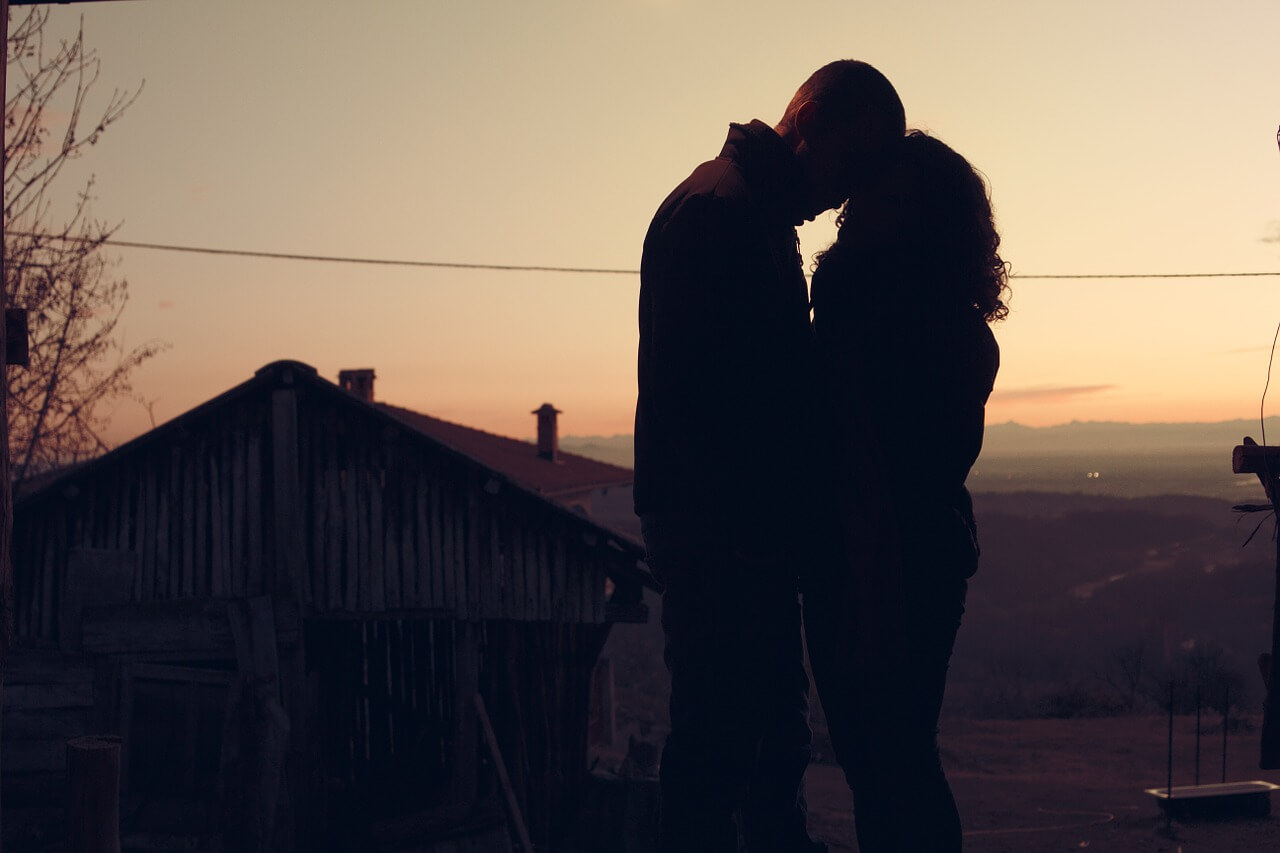 Healthy and Toxic Combinations of Compatibility and Chemistry

A relationship with high compatibility but little chemistry is likely to be a boring yet comfortable series of meetings and conversations. It will be a dry and dull affair until both parties simply stop caring and drift apart, or they consummate their mutual convenience by getting married and find themselves in a lifetime of uncomplicated and (often) asexual companionship. Sadly, this arrangement isn’t uncommon.

Chemistry without compatibility, on the other hand, usually leads to disaster.4 Sometimes it can be as simple as not living in the same part of the world, but often it’s far more complicated than that.

When two people are completely incompatible, their behavior becomes completely irrational. Too often, two incompatible people initiate a cycle of mutual emotional immolation, spiraling through love/hate cycles together at the speed of life.

People find themselves saying things like, “I don’t care if he’s married to a convicted felon, we’re meant to be together,” or “Look, I know she faked being pregnant to get me to propose to her, but you know, it may just be fate, right?” Meanwhile, friends stare, jaws agape, unsure whether to risk the backlash by trying to snap them out of it or to feign support while their love-blind torture victim pal continues to spin helpless and deluded in a tornado of love.

These relationships usually begin quickly and passionately, exploding like a geyser, before dying down just as quickly as it erupted. This tends to happen when logic kicks in and when reality makes itself known. Suddenly, you realize how fucking offensive you find each other, but getting out of such a relationship is easier said than done. Your heart says yes, but your head says no. And then you convince your head to say yes, which in turn makes your heart say no.

At this point, your decision making usually defaults to your genitals—even though their track record for decision making is about as good as a drunk third-grader’s—which only leads to embarrassing public arguments, unpaid drink tabs, thrown iPhones, changed locks, unanswered phone calls, tear-ridden voicemails, and the sterile interior of a clinic, or if you’re lucky, an oh-god-please-don’t-give-me-a-false-positive-you-piece-of-shit-$9.99-pregnancy-test-from-a-7/11 experience, which is guaranteed to challenge anyone’s sanity.

And then there you are (wherever you go, as they say), and you find yourself jobless with two one-way tickets to Bermuda that were never used, six stitches, slashed car tires, and a shattered cell phone. But at least that psycho is fucking gone (even though you still kinda miss them). The experience is vicious yet thrilling, and will never let you forget that we are, after all, animals.

Not that I’m speaking from personal experience or anything. Nope. Nothing to see here. Move along.

Search all you want, but you will never, ever, find someone who has 100% compatibility and chemistry with you.

Someone whose life priorities are perfectly aligned with yours may still enjoy completely different leisure activities. You may swoon every time your partner smiles at you but get irritated by how they always make that weird sound when breathing.

100% compatibility and chemistry doesn’t exist. You’d be dating yourself. And even then, you’re going to have a bad time—I mean, have you spent any time with yourself lately?

70-80% compatibility and chemistry is what you should be aiming for. Is there a way to measure this? Fuck no. But that feels about right to me. This is more than enough to have a well-functioning relationship, to build a partnership based on mutual respect, to fall a little more in love with each passing day but also weather the storms when love just doesn’t seem to be enough.

And here’s the dirty little secret: you don’t want that remaining 20-30%. It’s actually dealing with those “flaws” and surmounting the small irritations that makes a relationship feel meaningful and rewarding. So stop looking for “the one.” Stop dreaming of someone who finishes all your sentences and does everything you want them to, exactly the way you like it. They don’t exist. That’s not a relationship, that’s a rich fantasy life.

Know What You Want

Navigating the dating landscape with confidence requires that you understand compatibility and chemistry. If you want to ultimately end up enjoying your time with an amazing partner—and I don’t just mean enjoying sex (that should be a given, sex is neat-o), but I mean really, truly enjoying your time together—then it’s important you get a cognitive handle on these emotional indicators of compatibility and chemistry.

The most important aspect is understanding what you want—what makes a person compatible with you, what personality traits have chemistry with you? The first question you should ask yourself is “What do I want?”5 And then you should probably ask yourself a few more questions.

You need to know what you like and what you want in a partner. Like if you want kids or not,6 or if you are really into blondes. Those answers matter. If you don’t know, then you need to cautiously gain enough experience until you do know.

Back when I was dating, I found that I was incapable of dating girls who weren’t incredibly smart. I could make it 2-3 dates with a woman of average intelligence or less and that was usually solely by merit of drowning my entire face in alcohol. Since a long-term relationship with these women would have necessitated that I take up alcoholism as a hobby, we inevitably parted ways. I also learned that I don’t work well with women who are particularly religious or who have socially conservative values. Just not my thing.

I learned that I have chemistry with women who are driven and ambitious. Their personalities work with mine in a unique, yet comfortable way (for both of us). I’ve also found my personality meshes well with women who are a tad neurotic, as I’m generally too laid back for my own good. I “click” with women who appreciate a dark, sarcastic wit and are very giving and caring. In my dating days, I regularly found myself seeing teachers, nurses, social workers, volunteer workers, etc. for multiple dates, which sometimes progressed to a serious relationship.

These are the women who work for me. Who works for you?