Here’s something you may or may not expect: I drown in fucking emails. I know everyone says that. Everyone gripes about their overflowing inbox. But I’m serious here. Every time I log in, I’m like a kid in a pool who forgot he’s wearing a floaty: it’s just pure unadulterated panic. I get up to 1,000 emails per week. And that’s not counting spam. That’s 1,000 relevant emails that need to at least be acknowledged.

Roughly half of those 1,000 emails are from readers. Reader email comes in all sorts of varieties. You have fan mail (which is always appreciated, thanks). You have the haters. You have the weirdos. You have the thinly-veiled sales pitches. But most reader emails I get are looking for one thing: advice.

But here’s something else you may or may not expect: the vast majority of reader emails looking for advice involve some sort of relationship problem. Despite the fact that 80% of my writing has nothing to do with relationships, people with achy hearts seem to always find their way to me.

What’s fascinating about relationship problems is that people tend to think their problems are entirely unique and singular. The emails might as well open up with, “YOU’RE NEVER GOING TO BELIEVE THIS MARK, THIS IS THE ONLY TIME THIS HAS HAPPENED IN THE UNIVERSE.” Yet, all of the situations are almost identical. In some cases, comically so.

Anyway, in a never-ending effort to stymie the flood of emails in my inbox (you must understand), and in an effort to help people help themselves, here are some of the best/most important books on relationships that I’ve come across.

And if you’ve come here from an email reply to your romantic dilemma, just know: I love you and while you may be special and unique and extraordinary… your problem totally isn’t. Good luck.

Getting the Love You Want
by Harville Hendrix 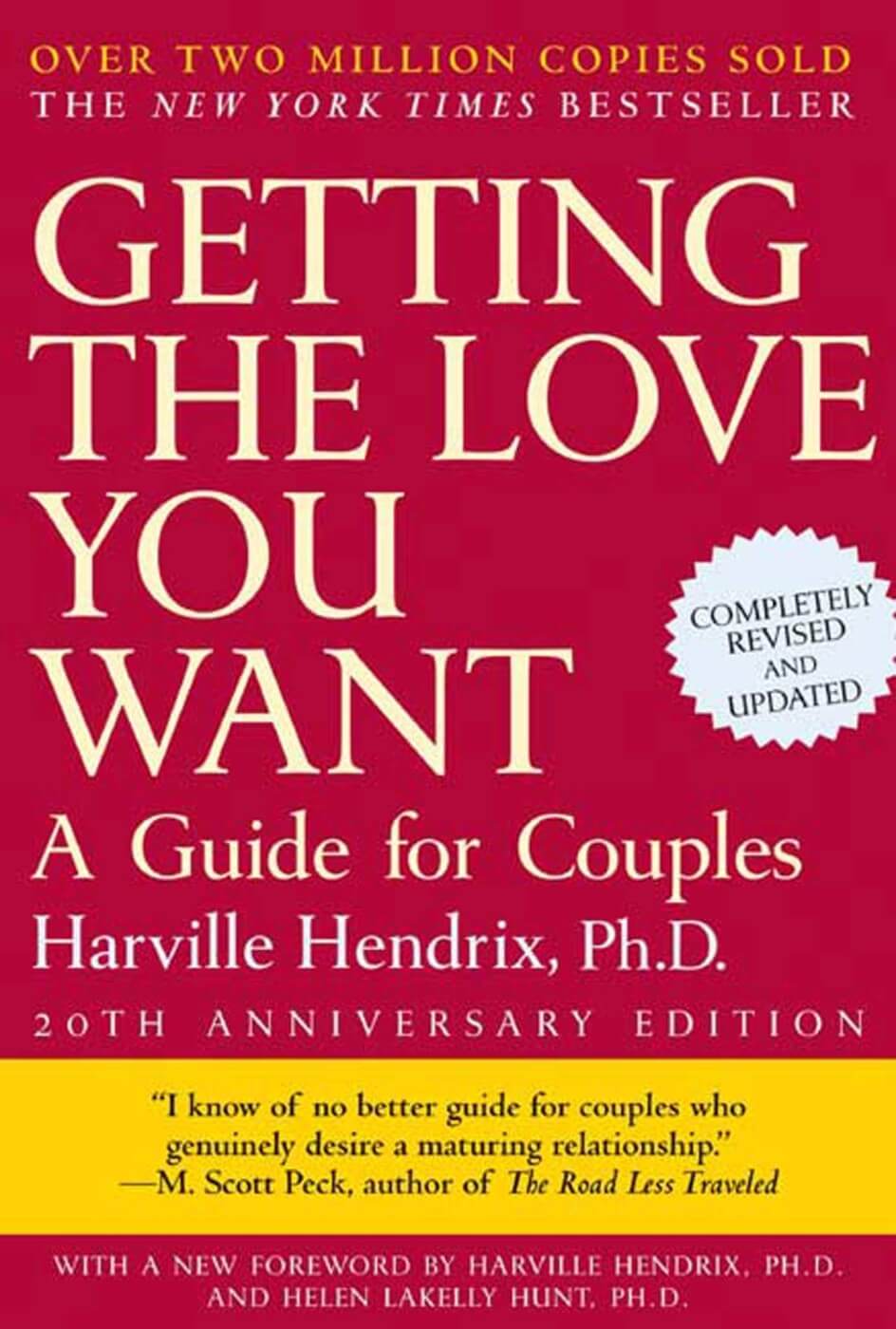 What You’ll Learn: Why all your relationships seem to be fucked up in the exact same way. Why you keep dating people who act like your mother/father. Why most of your fights are about stupid and silly-seeming shit that you just can’t let go of.

Why It’s Good: I read Getting the Love You Want about 10 years ago and it blew me away. We are all vaguely aware of the Freudian idea that we end up dating our mothers/fathers and are doomed to repeat our childhood traumas in our adult relationships. But, at the same time, that idea has always felt like some superstitious bullshit. But then you grow up and get into a serious relationship and you start noticing that your partner leaves crap all over the house just like your dad did and holy fuck does it drive you insane because it reminds you of the chaos and unpredictability of your childhood and the point I’m trying to make is THAT IF YOU FUCKING LOVED ME YOU WOULD KNOW WHERE YOU LEFT YOUR KEYS GODDAMNIT!

Enter: Harville Hendrix. Hendrix gives an actual, logical, reasonable-sounding explanation for why our relationships rub against our sorest places so much. Basically, our interactions with our parents draw our “emotional maps” of what love means, what acceptance feels like, what being a good person is, etc. These maps then filter who we’re attracted to as an adult. We experience intense chemistry with some people because they, unbeknownst to us, reflect back our definitions of love, acceptance, compassion, and so on. Next thing you know, you’re sleeping with a chick who does all the same shit your mom did.

While knowing your parents’ fucked up definitions of love doesn’t necessarily fix anything, it does give you a bit of a roadmap to help you navigate your own love life. In fact, Hendrix calls these our “emotional maps.” We’ve all got them. And we all suck at reading them. So he’s here to help us.

What Kind of Break Up It Might Prevent: Repeating your parents’ divorce.

Hold Me Tight
by Sue Johnson 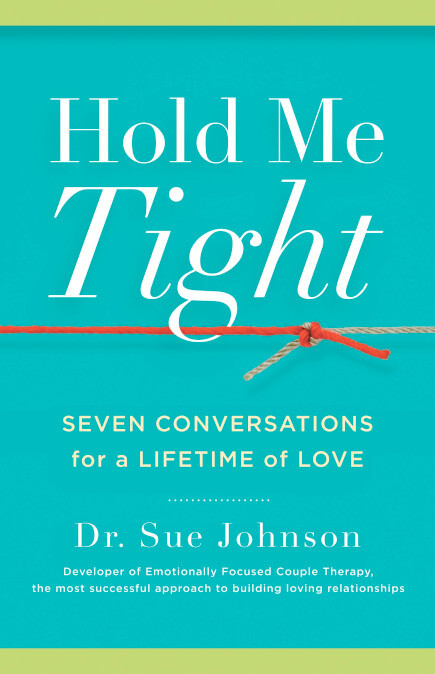 What You’ll Learn: How to not make your relationship problems worse; when to shut the fuck up and listen to your partner; how to not be such a selfish asshole? Maybe? (OK, maybe not.)

Why It’s Good: Sue Johnson is the originator of Emotionally-Focused Therapy (EFT) which has apparently won the Olympic gold medal for “therapeutic method that unfucks the most relationships”. Out of all of the forms of couples therapy and marriage counseling, EFT apparently has the highest hit rate of them all.

So what was Sue Johnson’s big breakthrough? It’s one of those things that sounds so obvious in hindsight, yet it somehow eluded psychologists for, oh, like 100 years.

Johnson realized that romantic relationships were largely driven by unconscious emotions and desires (sidenote: duh). The arguments and memories and identities–i.e., what most people focus on–in each person were therefore secondary to the underlying emotional pain. Johnson then had the brilliant idea of saying screw all that other stuff, if these are emotional problems, let’s try to find emotional solutions, and voila! People stopped hating each other as much.

Hold Me Tight is a great run through of a) the emotional patterns that emerge when we’re hurt and experiencing relationship problems, and b) the conversations we can have to help heal those patterns. It’s an easy read. And also wildly popular. It’s my go-to recommendation for any relationship that is on the ropes.

What Kind of Break Up It Will Prevent: The kind where you talk shit about your ex for the next six years because you have tons of emotional baggage you never unloaded. 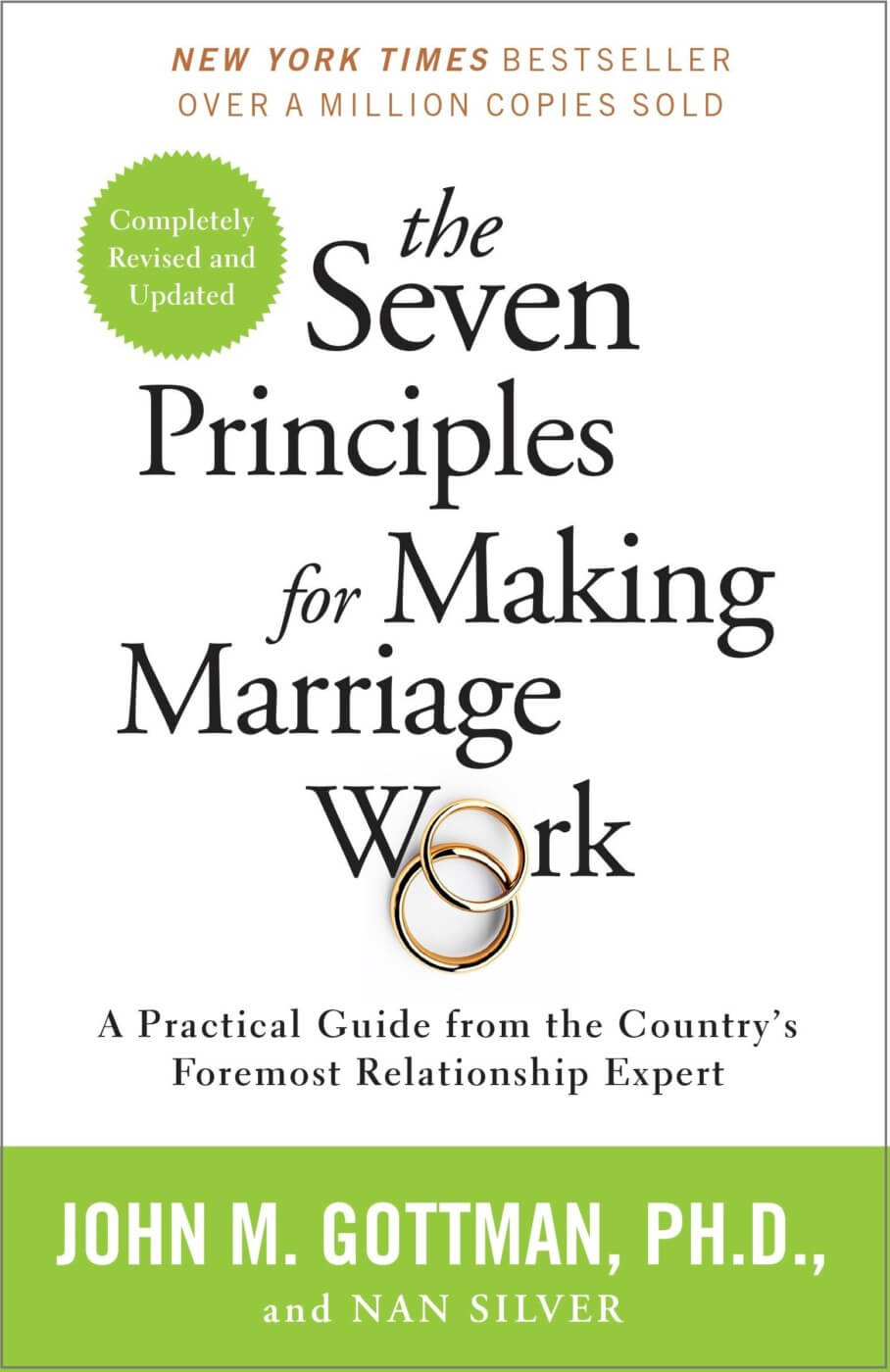 What You’ll Learn: That fighting is natural. That not all issues need to be resolved. That the silent treatment is often as bad (or worse) than screaming your throat out. Basically, this book is a great primer on what actually makes a relationship work.

Why It’s Good: Gottman is like the Marco Polo of relationship research. He set off into territories unknown and brought quantifiable metrics and scientific rigor to an exotic academic subject: relationships. Before Gottman, all we had was grandma wisdom and the fucked up shit that Freud said. But Gottman trail-blazed his way to some of our first solid academic answers about what makes a relationship work and what causes them to break.

Gottman is most famous for studying conflict in relationships and developing a system where he could predict whether a couple would last another five years with something like 90% accuracy. Along the way, he’s uncovered all sorts of counterintuitive findings about what makes a relationship work in the long-term. He’s great.

Gottman’s written a bunch of relationship books but I found this to be the most accessible and best-written. It’s also his most popular. Whereas Hold Me Tight is about how to fix things once they’re broken, 7 Principles That Make Marriage Work explains how to avoid breaking things in the first place.

What Kind of Break Up It Will Prevent: A really dramatic episode involving broken dishes and dented soup cans. If it ends, you’ll know it ended for the best. What You’ll Learn: A simple tool for understanding how people express and receive love. (SPOILER ALERT: Not everyone expresses or receives love in the same ways!)

Why It’s Good: 5 Love Languages is like the Harry Potter of relationship books: everyone’s read it (or they lie and say they’ve read it) and Gary Chapman is living in a secluded $100 million castle somewhere wiping his ass with royalty checks. This book has sold more copies than anyone knows what to do with, and it’s easy to see why: Short book. Simple premise. Powerful idea. And that idea sticks because it’s incredibly useful.

The idea is that people express and receive love in different “love languages.” Physical touch, verbal affirmation, gift-giving, acts of service, and quality time. A lot of problems in relationships occur because one person is giving love in one language (lots of gifts, verbal compliments) and the other is looking for love in another language (quality time, physical touch). As a result, the person giving the love feels unappreciated and the person looking for love feels, well, unloved.

I just summarized like half the book in that paragraph. But it’s worth grabbing. It’s like $6 on Amazon and can be read cover-to-cover in a single afternoon. But the ideas will stick with you for a lifetime. When my wife and I moved in together, I bought her a copy and we’ve had a number of conversations about our love languages ever since. It really is amazing how useful the concept is.

What Kind of Break Up It Will Prevent: The relationship might not work out, but at least you’ll never complain that your ex never did anything for you… okay, let’s be real, you’ll probably still complain. 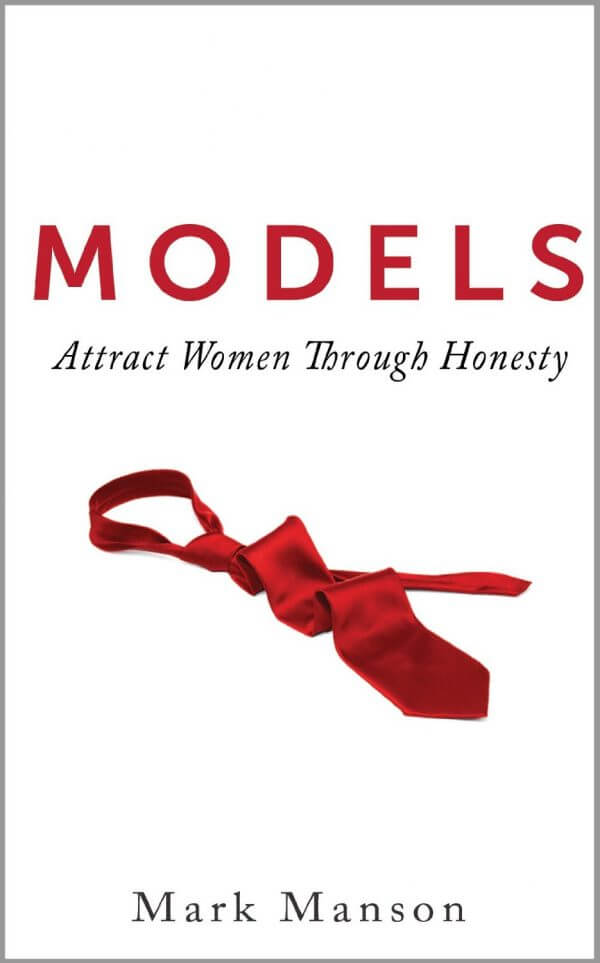 What You’ll Learn: I know it sounds like a “yo, pick up moar chicks, brah” book, but most of the first third of it is about how to develop emotional maturity and basically get your shit together and be a better human being.

Why It’s Good: OK, I know it’s awkward to hype my own shit. But this is my site, my article, so fuck it. I’m hyping my own shit! Besides, Models has been the bestselling men’s dating book for like six years running. Women and LGBT people have also read it and said they love it.

Seriously though, the reason the book has stuck around so long is because it addresses the emotional experience of dating–how we tend to idealize people; how we are often motivated by insecurity; how our desperation sabotages our relationships before they begin–and then walks people through how to level up their emotional game. The book is entirely devoid of “lines” or “tactics” mostly because… well, when you’re honest about who you are and what you want, there’s no need for lines or tactics. When you live a life of honesty and integrity, dating merely becomes a matter of a) developing yourself into someone that you’re proud to share, and b) developing the courage to share it. That’s it!

What Kind of Break Up It Will Prevent: Ideally it will help you pick the right person to begin with so the break ups won’t be necessary. When in doubt: Polarize!

Looking for More Books to Read?

I’ve put together a list of over 200 “best books” organized by genre, as well as my all-time recommended reading list that includes the book(s) I’m reading each month. Check them out.