But fear not, I’m here to break it all down for you and help you make a decision that’s best for you in the long run. That will give you all the answers. That will solve all of your dating problems.

OK, that’s a lie. But there are some principles that can help you figure out what is right for you. So let’s do this.

A lot of people in bad relationships find themselves fighting over seemingly innocuous and stupid things. I remember one of my ex-girlfriends and I got in a huge fight about toothpaste. Toothpaste! And we were practically screaming at each other. 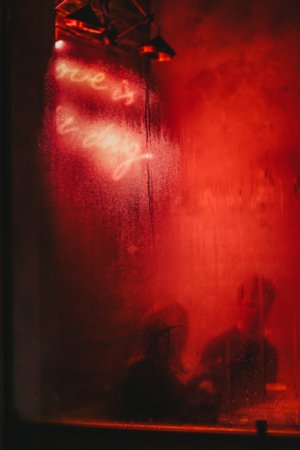 The fact of the matter is that we’re never just mad about the toothpaste. We’re actually mad about a bunch of other shit. Shit that we are not addressing when we argue about toothpaste.

People are particularly bad at zeroing in on what the issue actually is. They resent their partner for deep and vague reasons, but because they can’t clarify why they feel that way themselves, they’re never able to communicate it to their partner.1

Thus, the screaming about toothpaste.

Why does he/she drive you nuts when they get up early in the morning? Why does their mother drive you insane? Start searching for the reasons within yourself, the deeper values informing the emotions, and then you can address those issues with your partner directly.

Communicate the Problem in a Healthy Way

The key to solving these problems is that both you and the other person need to be willing to work on whatever bone is stuck in your relationship’s craw. And in order to do that, you have to give the other person a chance to help you fix it. But they can’t help you fix it if they don’t know exactly why you’re not happy in the first place.

It’s no secret that healthy communication is crucial for any relationship, but it’s still an underdeveloped skill for a lot of people.2 So when it comes to communicating your grievances in a relationship, here are a couple of rules to follow:3

Relationships have a way of making us see everything in very personal terms. We draw these conclusions about our partner’s character based on their behavior and then personalize it by trying to figure out what it means for us. This is a natural thing to do,4 but it can get us into trouble when our interpretations of someone’s behavior lead us to attack their character.5

A lot of times, your partner’s intentions aren’t as clear-cut as you see them and/or they don’t even know there’s something wrong. That’s why it’s critical that you focus specifically on the problem at hand and hold back any judgments or attacks on their character.6 As soon as you start attacking someone personally, things spin out of control quickly and it’s really hard to have a productive conversation that addresses the real conflict.7

It’s best to just stick to what’s bothering you and what you can both do about it. Leave personal insults out of it.

Related to the above point, it almost never really matters whose fault it is. There are always two sides of any relationship problem. Even if lying and cheating were involved, chances are the liar/cheater was not happy about a lot of things that drove them to do that.

Yes, one person might be more responsible than the other for current problems in a relationship, but pointing that out just to win “points” is hardly going to make things better.

Leave the scorecard behind. Don’t bring up past issues when trying to solve current issues. Don’t hold grudges. Don’t “tally” up who was the bigger asshole. Because a) it doesn’t matter, and b) you’re never going to tally things up in such a way that you lose. That’s just how our brains work. We always think we’re right, even when we’re not. So leave the scorecard at home and focus on listening.8 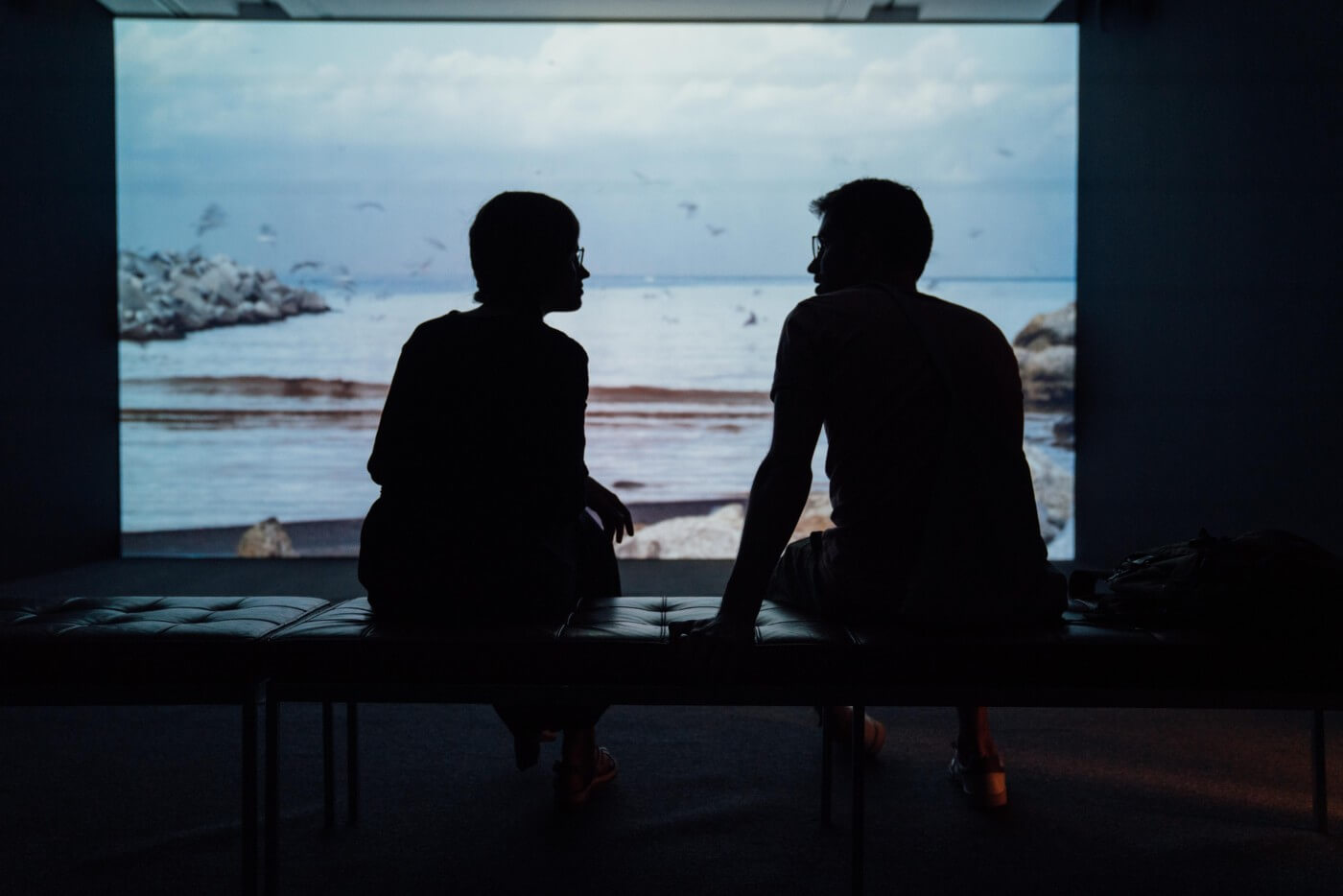 So at this point, if you’ve identified the real problem and you’ve communicated it to them in a healthy, mature way and they’re on board to work on it with you, then great—I say stick with it and see if you can work things out.

A lot of people give up too easily at this point. The fact is that all relationships have their ups and downs, but someone who’s worth staying with is someone who’s willing to work on issues together with you, even when you’re truly pissing each other off.

But if they’re only half-assing it and not really on board to address issues that are important to you, well then, it’s time to enforce some boundaries.

Can You Live with a Compromise?

Conflicts in relationships can usually be broken down into two categories: conflicts of preference and conflicts of values.

A conflict of preference occurs when two people simply like different things. Maybe they have different tastes in food or music or what movies they like.

These conflicts can be annoying, and yes, too many of them can add up to create real incompatibility. But a few of these types of conflict are inevitable in any relationship, romantic or otherwise. And most of the time, when we take a look at them for what they really are, these conflicts aren’t that big of a deal. Maybe she doesn’t like to go to your favorite restaurant and that bugs you. But is that actually a sign of your incompatibility or can you live with that? Does this restaurant define who you are as a person, or is it just a place you like and you can see why someone else might not be all that into it? Can you maybe just go with a friend while she does something she likes and enjoy your time apart for a little bit?

There’s actually a case to be made that some conflicts of preference are actually healthy for a relationship.9 Preferences for a lot of things are arbitrary and ultimately superficial. So in a subtle way, if someone doesn’t share your preference for something but still wants to be with you, it shows that they’re with you for who you are and because of not what you do for them.

A conflict of values, on the other hand, occurs when two people are different at a core level. This goes beyond simple preferences.

I’m talking about differences in beliefs around things like religion/ideology, whether or not to have kids and/or how you’ll raise them, where you want to live, your career aspirations, money, and so on. Conflict on these beliefs and values is straight up messy.

Basically, you need to ask yourself if who you are as a person is in some sort of conflict with who they are as a person. If the answer is yes, then it will be nearly impossible to have a healthy, long-lasting relationship with this person. That isn’t anyone’s fault, and it also means you may need to move on.

Enforce Your Boundaries with a Willingness to Leave

If you’ve given them a fair chance to address the issue at hand and you’ve determined that the conflict is not a conflict of core values, but they still continue to disregard your concerns… it’s time to leave.

As with almost everything in life, this is easier said than done (obviously).

If you say you won’t tolerate drama, disrespectful people, liars, or cheaters, but you stick around after someone continues to create drama, disrespect you, lie, or cheat, then I’m sorry, but you actually do tolerate those things. Your actions (staying with them) speak louder than any of your words (“don’t cheat on me”) possibly could.

Can people change? Sure they can. But they have to be willing to do so in the first place. At a certain point, it should be pretty clear by their actions whether or not they’re willing to change. And you must be willing to enforce your boundaries on their behavior with your actions as well.

If You Do Want to End Things…

Choosing to end a relationship is simple to do in practical terms, but emotionally, it’s not easy. That is, it really is as simple as telling them you no longer want to be with them10 and then, well, leaving. But emotionally, we struggle with all sorts of baggage and inner turmoil that can make it difficult. We drag our identities into it when we think of ourselves as a “nice person.” And a nice person wouldn’t abandon someone like this, would they?11 Or you might just be trying to think of a way to end the relationship that will “soften the blow” a bit.

Well, I have good news and bad news. The bad news is that breakups suck no matter what you do. You’re going to have to live with that.

But the good news is there are practical things you can do to make it a clean break and as graceful as possible. I wrote about that here: How to Break Up Gracefully.

Good luck out there.

If you constantly find yourself in one terrible relationship after another, well, it’s time to start doing a little work in this area of your life. Below are some books and articles to help you get started.

Lots of people ask me which books I’d recommend for understanding and creating better relationships that can lead to a healthy marriage. The truth is, most books out on the topic give pretty shitty, vague advice that isn’t all that useful. That said, there are a few books out there that I regularly recommend to people. My top two are The Five Love Languages by Gary Chapman and Getting the Love You Want by Harville Hendrix.

If you’re the type who likes a more “academic” perspective, John Gottman’s 7 Principles of a Successful Marriage is nice overview of why relationships succeed and why they fail.

And if you find yourself in relationships where you’re constantly fighting with one another, check out Nonviolent Communication by Marshall Rosenberg.

You can also get my free ebook on relationships and learn more about dealing with emotional needs in your relationships.

I’ve also written a lot about relationships—what makes them good and what makes them bad, why they thrive and why they die, and what you can do to start having better ones. Here’s a list of some of the most popular ones and some of my favorites as well.

Getting Your Emotional Shit Together