How to Break Up Gracefully

There’s that old saying that “breaking up is hard to do.” Well, not only is it hard to do, but it’s hard to handle the aftermath and the emotional complications that burp up out of us when we’re in such a vulnerable state.

Breakups are also difficult because they’re as unique as the relationships that spawn them. Giving advice on breakups can be complicated because breakups are contextual. For instance, I would never advise anyone to break up with someone through a text message, but at the same time, I’ve done it when someone went batshit crazy on me and I thought it was appropriate.

The key to a graceful break up and a healthy recovery depends on a variety of factors. Are you the dumper or the dumpee? Did you break up over a singular issue or was the chemistry and excitement gone? Were things emotionally turbulent for a long time or did things just suddenly ‘snap’?

And then there are the more permanent questions: Do you want to stay in contact with your ex? How do you get over missing them? What if they want to get back together with you? What if Steve was more your friend than her friend even though she thinks he likes her more but he really likes you more?

These are all good questions. And they deserve answers. So I’ll do my best. Below are some guiding principles on how to handle a break up gracefully.

10 Rules For Breaking Up Gracefully

1. Always do it in person and if possible, don’t do it in public. Unless they did something totally out of line like scalp your cat (or leave you 43 tearful voicemails in one night), and if you have any respect for them at all (often a legitimate question), then always do it in person.

Yeah, it’s harder. But suck it up. And if possible, don’t do it in public. Being in public makes people feel limited in what they can express, whether it be final words they’d like to say to you, or dishware they’d like to break. Which brings us to principle number two…

2. Never make a scene and keep your batshit to a minimum. Feeling distraught is OK. Being torn apart from the inside out is fine and expected. Wishing fiery hell and brimstone onto your ex and feeling the urge to dismantle their life and everything they hold dear piece-by-piece isn’t totally out of the ordinary either. But any attempt to do so is going to just make you look like a child throwing a tantrum. Control yourself. Grieve and express your pain, but don’t do anything stupid. Do it in private and do it with someone you trust.

And this goes double if you’re in public. Here’s a good example how not to deal with a bad break up, as demonstrated by a Brazilian woman here in São Paulo:

3. Do NOT try to make the other person feel better. This goes particularly for the dumper (cue Beavis and Butthead laugh). Once the relationship is severed, the other person’s emotions are no longer your responsibility. And not only is it no longer your responsibility to help them cope, but comforting them will likely make them feel worse. It can also backfire in that it will just make them resent you more for being so nice (while dumping them).

And for God’s sake, don’t have sex with them. Seriously, you just broke up. They’re crying and saying how much they’re going to miss you. You hug them to make them feel better. You start getting upset because you wish things could have worked, but this is for the better. Suddenly you’re tearing up and wondering why you’re dumping them in the first place, because god, remember when things were good? They were great, right? Then the clothes are off and one of you is crying and smiling and suddenly the sex is more passionate than it’s been in a year and a half and what the fuck, what are you doing? No, really, what are you doing!? Stop!

4. After the breakup, respectfully cut all contact for a short period of time. This is the second thing that many people don’t muster the courage to do. A lot of people get hung up on remaining friends and actually force contact when it’s causing them more emotional stress.

Research on relationship breakups finds that people who limit contact with one another emotionally recover much faster.

Not only is it totally reasonable to refrain from seeing/speaking to each other for a brief period of time, but it’s healthy. The more contact you’re in, the more risk you run of setting off an emotional time bomb, relapsing, and ending up in that messy no-man’s land of “we’re not together, but we’re still kind of together, but we’re definitely not boyfriend and girlfriend. I’m going to call really quick to check in, but seriously we’re not together — why are you looking at me like that?”

5. Talk to somebody about it. This one may seem obvious, but make sure you do it. If this is a particularly serious relationship, talk to a trusted friend or family member before making the decision. And then take whatever advice they give you seriously. We are often poor observers of our own relationships, but our friends can see how its affecting us better than we can.

This doesn’t mean you shouldn’t distinguish good/bad behavior or good/bad choices. Learning from your errors and what went wrong in your relationship will go a long way to helping you move on. I was really messed up about my first serious relationship. I harbored a lot of resentment because she left me for another guy. I didn’t really start to get over it until I came to terms with all of the ways I wasn’t that great of a boyfriend. Once I realized that I wasn’t such a perfect angel and that I wasn’t completely the victim, then it was easier to come to terms with what happened and let go of them.

Start by recognizing that maybe they weren’t as great as you thought and there really were some things you didn’t like. Recognize the things you didn’t do well and how you could have been a better partner. But don’t blame them or trash them as people. Everyone goes into a relationship with the best of intentions. Most people come out of them feeling hurt and betrayed in some way. Most people come out having messed up royally somewhere along the way. There’s nothing uniquely horrible about you or that one person. Just learn from the mistakes and move on.

7. Recognize that the break up itself is a sign of your incompatibility and you’re both better off. Here’s something that grates on me: people who just got out of a relationship and lament that “he/she and I were perfect together.”

Obviously you weren’t. Otherwise, you’d still be together.

For some reason when it comes to judging someone’s compatibility, people suddenly excise out the fact that they aren’t together anymore. Oh yeah, even though we were clawing at each other’s throats for the last six months, that first trip we took to Florida was magical. We were just so right together.

While we do all have perceptual biases for remembering things better than they were, it’s important to remind oneself that you broke up for a reason. And often that reason is a very good reason.

And for those of you still holding onto that one special someone months or years later: stop. If they were right for you, they would have realized it by now. You’re deluding yourself. Move on.

8. Invest in yourself. The longer you spend in a romantic relationship, the more your sense of identity melds with theirs. Being together with someone in such an intimate space for so long creates a third, overlapping psychological entity that comprises both you and them.

And when that entity suddenly dies, not only is it painful, but it leaves a temporary void in who you are.

This is why the best and most important post-breakup advice on the planet is to invest in rebuilding your personal identity. Rediscover your old hobbies. Focus double on work. Start that new project you’ve been putting off for months. And most of all, spend time with your friends. Your friends will not only reassure you and make you feel better in the moment, but they will also help you reinforce your own personal identity again. Friendship is the best medicine for heartbreak.

9. Only start dating again when you’re legitimately excited to. A lot of people break up and enter a “rebound” period. They’re immediately back on the market and throwing themselves at the first thing that comes by. The problem is this is more of a coping mechanism than genuine enthusiasm for the new people one’s meeting. You can tell because the new connections you make feel complicated and lacking. Anxiety and desperation come back with a vengeance, and overall the process of meeting someone new is far less enjoyable.

After you break contact and invest in yourself, don’t pressure yourself to meet someone new until you’re legitimately excited to do it. There’s a difference between excitement and desperation. Desperation is feeling alone and incomplete without dating someone — like you need to be with someone to be happy. Excitement is being genuinely excited to discover what’s out there and feeling fine regardless of what happens.

Besides, when you’re excited to meet new people and are in a good place emotionally, you are far more attractive anyway. It’s worth it.

Whatever the goal for your future relations with your ex, they need to happen organically. Forcing a friendship enters into testy territory as it can make the other person feel obligated to you and that can kick up a lot of the negative feelings leftover from the break up.

Is Trying to get back together really That hopeless? 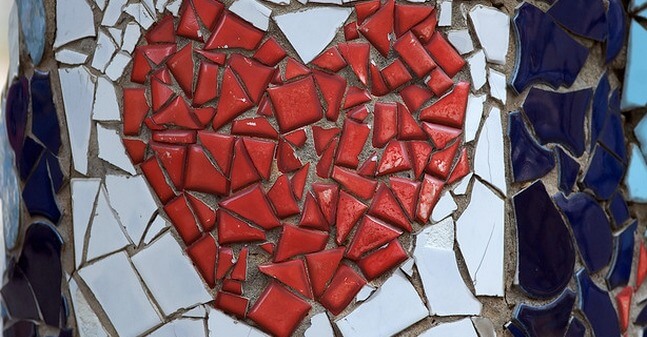 I often get emails from people with their break up situation asking if it’s hopeless. Is there any chance they may end up back together?

Here’s the deal: if you get back together after one break up, it can work. But that’s assuming that one or both of you genuinely learns from the break up and alters the course of their behavior or their perception of the relationship. There are plenty of examples of couples who needed some time apart to gain perspective on the relationship and learn how to make it work. And generally, only one catastrophic break up isn’t too much to heal.