Recognizing that something about you makes you "uncool" is, paradoxically, what makes you cool.

Meta-awesomeness is a term I invented for when someone recognizes that something about themselves is uncool, which then ironically makes them cool. 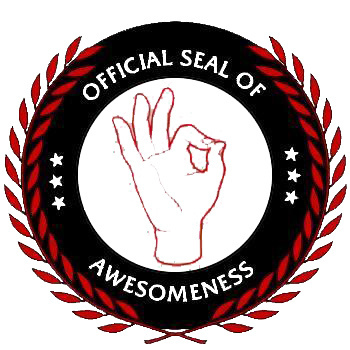 For example, the guy who can be a condescending prick who also makes fun of himself for being a condescending prick. Or the boyfriend who knows he can be insensitive at times and asks his girlfriend to help him be better about it. Or the girl who genuinely apologizes for being late and admits she’s a forgetful person and needs reminders. Or the football player who embarrassingly admits he enjoys ballet. Or the boss at work who knowingly thanks his employees for putting up with his irrational, angry tirades every so often.

The fact these people know the negative or unpopular aspects of their personalities makes them that much more awesome. It draws us closer to them. It turns their weaknesses into strengths.

A while back someone emailed me. They told me my writing sucked, my ideas were mostly stolen, and it’s amazing so many people read my site. I replied by telling him my writing still has a long way to go and I’d love to hear any suggestions for improvement he may have had.

I never heard back.

It’s an amazing trigger within human nature: the minute someone acknowledges their flaws, not only do we forgive them for it, but we actually come to like that flaw.

My girlfriend spends hours in the bathroom before we go out together. She openly makes fun of herself for it. For some reason, I find this adorable instead of a nuisance.

I remember years ago going on dates to fancy lounges with beautiful girls and telling them about how I used to spend hours practicing video games to compete in tournaments when I was a teenager, that this was the highlight of my social life in high school. To my surprise, they often became more attracted to me.

The self-awareness makes it cool. Knowing that you’re not always awesome counter-intuitively makes you more awesome.

There are two requirements to achieve meta-awesomeness: self-awareness and vulnerability.

1. Self-Awareness is the ability to reflect on your own thoughts, feelings, and behaviors from a third-person perspective and then make rational judgments on them. For instance, a person who lacks self-awareness may get angry and punch his hand through a car window. Afterward, he will either be unable to justify his action or he will blame his action on what caused him to become angry — his nagging mother, his whore of a girlfriend, the money he didn’t save on his car insurance by switching to Geico.

A man with self-awareness would be able to take a step back and say, “Whoa, I got angry and lost control. This wasn’t worth it. I got blood on my new jeans. This was unacceptable. I seem to have anger issues. I need to be more conscious of my actions and emotions.”

The first man is lame. The second is not, but he is not awesome either. He has a major flaw and you probably wouldn’t want to hang around him. But at least he’s aware of that flaw, and that’s the first step to achieving meta-awesomeness.

If you’re able to achieve these two qualities simultaneously, you will introduce your psyche to multi-layered emotions. For instance, I can feel angry that someone else won an award that I didn’t, but then feel guilty that I feel angry about not winning the award, and then make the decision to forgive myself for feeling guilty about feeling angry.

That’s a Big Mac of emotional layers going on.

Here’s a better and more clear example. Let’s say you are in love with someone. But let’s also say you have a massive fear of abandonment and therefore, you unconsciously push away those who care about you and you sabotage your own relationships. If you lacked self-awareness, then you would simply feel a love/hate relationship each person who became close to you — a significant other who you continually treat like crap despite the fact you can’t seem to stay away from them — meanwhile, you would have no idea why. You would feel trapped on an emotional roller coaster traversing the highs and lows of dysfunction together. Break up, get back together, blame them, love them, hate them, run away from them, run back to them, tell them you miss them, hate them again, run away again, etc., ad infinitum.

You could feel guilty about getting angry about being afraid of being in love. Multi-layered craziness, baby.

But what about the vulnerability? This self-awareness is nice, but if you’re unable or too afraid to express these realizations to your partner, then your partner will continue to perceive you as a neurotic, relationship-sabotaging (son of a) bitch. But if you work up the cojones/ovaries to tell your partner, “Look, I’m a bit of a headcase when it comes to commitment, and I only get like this because I like you so much. I’m sorry if I push you away. I’m going to try not to, but just know that I have some issues and this is what usually happens.”

Boom, trust hits a whole new level. Intimacy through the roof. Sweet, sweet lovemaking squared. And not only does your partner respect you for sharing your problems with them, but chances are they’ll come to love that flaw as part of you as well. Meta-awesomeness at its finest.