Nobody wins on Valentine’s Day. The holiday puts everyone in an awkward situation.

If you’re not seeing anybody, then it’s an incessant and unnecessary reminder of your solitude. If you are seeing someone, but aren’t serious yet, then you have this awkward, “Should I say something? Should I not?” situation where you’re afraid that no matter what you do, it’ll give the wrong impression. And if you are in a relationship, then there are all sorts of heightened expectations for chocolate and dinners and candles and violins and puppies and other crap, all of which will at best come across as forced and at worst be entirely disingenuous.

Sorry, but romance is kind of like a fart: if you have to force it then it’s going to be shitty. Just let it, err… come out.

With that said, amidst the seas of flowers and ponies, I do make a point to write some dating advice on Valentine’s Day each year. It’s usually pretty brutal dating advice as well. Call it my little tradition.

In previous years, I wrote a how-to guide on breaking up properly. The year before that I wrote a dry theoretical explanation of why needy behavior makes you hideously unattractive to everyone within a five-mile radius.

So cozy up on the couch in a nice pair of sweatpants, grab a tub of ice cream and a fresh box of Kleenex — you know, like you do every weekend — and get ready to be truth-slapped in the face. Yeah, you know you like it.

1. You Don’t Respect Yourself

Try it for a month. Take care of yourself. Exercise and eat well. Sleep well at night. Work hard and plan ahead. Be social. Eliminate bad habits. Speak about your ideas without inhibition and expect nothing in return. Cure cancer. Share things based on the simple pleasure of sharing. Pursue others out of earnestness and not out of obligation or desperation. Don’t accept judgments made by yourself or others. Don’t take rejection personally. Save a puppy from a burning building. Rather than see the world in terms of ranking and competition, choose to see the world in terms of compatibility and incompatibility. Then take it on as your job to find the compatibility. 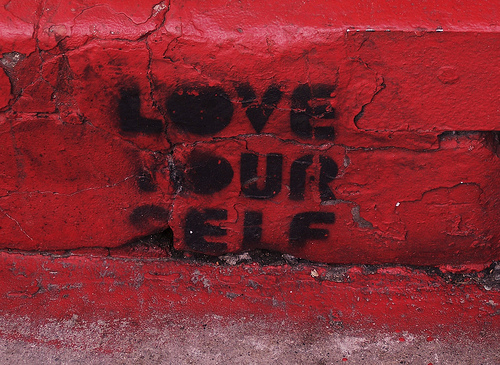 Try it for a month and see what happens.

2. You have Absurd Expectations

There are two new dating stereotypes that have cropped up this generation. They are:

Of course, these absurd expectations occur in each gender and take on many forms. I once met a woman who was unhealthy and overweight and, with a straight face, stated that she would only consider dating a man if he had six-pack abs (unsurprisingly, she was still single). I had a friend in college who once dumped a woman he had been crazy about because her taste in movies made it impossible for him to respect her opinions.

There are people who assume that any sort of disagreement or argument signals a deathly incompatibility and a future of pure misery, so they end it. Then there are people who expect the opposite sex to fall down and beg for their attention and affection and then get genuinely pissed off and vicious when they don’t. There are people who think that because you shared a chicken basket and watched a Tom Hanks movie together, you’re now owed a phone call every single day and if that phone call doesn’t come they go on a screaming tirade.

3. You Haven’t Developed the Skills for Intimacy

A lot of people are great “on paper” daters. What I mean by that is that they go on dates regularly. They’re attractive, attentive, have good jobs, interesting skills and hobbies. They do the dinner conversations, they laugh in the right places, they talk about their lives, their families, their careers, their aspirations, their dog’s strange bathroom habits. They nail everything and yet…

Eventually, the phone stops ringing, the lame excuses pop up, or the ubiquitous, “We should just be friends” comes out.

Ultimately dating and finding a partner is an emotional process. People like this get the surface-level behaviors right, but they never engage the depth of their emotions and connect where the real life is. It’s like the difference between composing a concerto on piano and simply performing somebody else’s concerto.

Generating intimacy in a relationship requires emotional investment and vulnerability. That means you need to open up about yourself in ways that may not be completely comfortable. It means exposing yourself. It requires you to share opinions and values that may polarize people and generate rejections. It requires you to be bold and take risks in going after what you want.

To generate emotional intimacy with others, one must open up and discover the emotions within oneself. In our culture today, sexual/romantic relationships are objectified. They’re treated as boxes on a checklist or entries on a resume. They’re seen as an exchange of time, information and bodily fluids.