7 Things Sex Education Should Have Taught Us But Didn’t

Two things are abundantly clear: 1) sex education matters and 2) cultures that believe sex is shameful screw everything up.

It’s the 21st century and two things are abundantly clear: 1) sex education matters and 2) cultures that believe sex is shameful screw everything up.

The statistics are glaring. More pragmatic approaches to teenage sexuality (i.e., “Hey, you’re going to do what you’re going to do, but here’s how to be responsible about it”) outperform strict abstinence/religious forms of sex education (i.e., “Don’t have sex until you’re married, or else”) by almost every statistical measurement including teenage pregnancies, abortions and HIV infections.

By the way, the United States is the worst offender in all of those categories. And we all know how comfortable we are with our own sexualities. (Hint: We’re not at all.)

The recent government-funded “abstinence only” programs have been found to actually increase teen pregnancy and STI rates in states where they’re implemented, proving, yet again, that teenagers will always do exactly what you tell them not to and screw themselves up in the process.

If I learned anything from being part of the dating advice industry for eight years, it’s that most young people are woefully unprepared, both socially and emotionally, to handle the stress and confusion that comes with navigating a healthy sex life.

Here are seven things we should have learned as teenagers, but didn’t.

1. There’s more to sex than biology

Sex education, as it stands today, is more or less diagram after diagram of the biological ins and outs (and back ins, oh baby!) of human reproductive behavior. It’s a bodily fluid roadmap, a glorified anatomy class, with an “Oh yeah, and use protection!” tacked on for good measure.

Don’t get me wrong, some of this information is useful. We do need to know how infections occur, how pregnancy works, and, of course, where to stick it in. But never in the heat of passion have I ever thought about my vas deferens or the quality of her uterine lining. It just never seems that relevant in the moment.

Humans are uniquely sexual creatures. We screw each other far more often and in far more elaborate ways than pretty much every other species on the planet.

And yes, we screw to make babies, too. Although in the developed world, that’s rarely the primary motivation these days. So why is that all sex education focuses on?

Sex ed should account for the recreational, social and emotional reasons for sex and their consequences. It should discuss the interpersonal meaning of intercourse, setting clear expectations and boundaries, communicating desires, dealing with feelings of shame and awkwardness, and of course, being responsible about protection and privacy.

Sex can be amazing. Some of the best moments of one’s life can happen engorged in someone else. So let’s talk about it.

This sounds so obvious when you say it. Yet no one seems to say it.

2. How to Respect personal boundaries At the beginning of the year, I wrote a lengthy description about the sexual shame that goes on in our culture and how it causes men and women to hide their intentions and desires from one another, which then leads to all sorts of communication breakdowns (or worse) later on in the interaction.

A huge component of this is consent. Consent in sexual situations is usually taught as, “If a woman says no, it means no.” That’s nice, but it completely glosses over the complexity of the issue. It continues to frame sex in a “Women get to decide, you have to convince them,” perspective. This reinforces the perception that men must somehow prove themselves to women and women must somehow be “won over” by a man to have sex with him.

(For deeper explanation, check out: How Disney Ruined Sex for Everybody)

Sexual intentions and desires should be stated clearly from the get-go by both parties. And I don’t just mean, “I want to have sex with you,” but every step of the way. “I’m attracted to you, I want to go out with you,” “I want to go home with you,” and so on. Kids should be taught that there’s nothing shameful about saying “yes” or “no” and that they should not be ashamed nor shame someone else for saying either. This is regardless of gender, orientation or reason.

3. Sex is not a reflection of your value as a person

Nobody wins in this arrangement. Everybody gets frustrated. People lie. Some people get raped. And it’s no coincidence that sexual violence and divorce are highest in countries where this culture of sexual shame persists. When your value as a human being is being judged based on the sex you’re having or not having or the marriage that you have or don’t have, then it’s easy to feel justified in saying and doing some messed up stuff to people of the opposite gender to get your way.

No-brainer here, but worth repeating for anybody still living in 1957. Homosexuality is natural and there’s nothing immoral about it (or experimenting with it for that matter).

We now know that homosexuality is likely related to prenatal hormones and may possibly even have some sort of genetic basis. It’s natural. It’s seen all over the animal kingdom. It’s been cataloged throughout all of human history cross-culturally.

The concept of sexual orientation itself is a relatively recent invention of Western culture. And whoever came up with the idea deserves to be punched. Sexual orientation is a spectrum and people can oscillate across that spectrum over the course of their lives.

And as they often do, recent psychological studies have shown what’s been blindingly obvious to the rest of us forever: that homophobic men repress their own arousal to homoerotic stimuli. I mean, didn’t Freud cover this already? What we hate in others is what we’re ashamed of in ourselves.

Bi-curiosity and gender experimentation are common urges in both genders. It doesn’t make anyone weird or socially unacceptable. Get over it.

5. Where the damn clitoris is and what it’s for

Seriously. Do you know how old I was when I finally figured this out? Come on! Women like orgasms too. 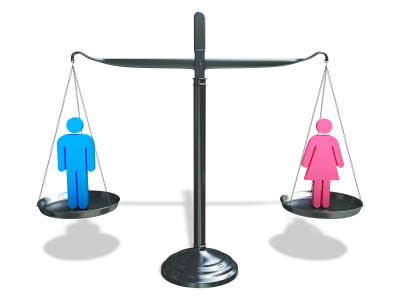 OK, this is the part of the article where I piss off a bunch of feminists. But there are three things which are true about male/female sexualities:

The truth is that trying to cram an ideology that men and women are exactly the same in all ways down people’s throats is just as fascist and shitty as forcing the ideology of conventional gender roles and stereotypes on everyone as well.

People are different. Men and women are also different. These things are not mutually exclusive.

We know men and women are different. We know this from a wide range of neurological and psychological studies. We know from studying how gay men and lesbians interact with one another. We know from primatology and the obvious sexual dimorphism of our species. And we know from the subjective accounts of transsexuals who use hormone replacement treatments.

Sorry to belabor this point, but I always get flamed by a dozen angry people every time I mention this. So this is for them. Men and women differ in some ways and both genders should be treated with equal respect for those differences. (Why do people make this so complicated?)

That in and of itself should be taught in sex ed. But what should also be taught is how sex drives differ between men and women, how women are more sexually fluid in their desires, how men are more physical and visually oriented in arousal, and how, on average (across populations, across cultures, and in female-to-male transsexuals), they usually want to have sex more often and with a wider variety of partners.

There’s nothing inherently right or wrong with these differences. These differences are not a moral justification for unethical behavior. If I’m born with big arms, that doesn’t give me the right to go punch people. If a man is born with a high sex drive, that doesn’t give him a right to force himself on women. But it also doesn’t make him a pervert, horndog, womanizer, monster, or rapist in waiting. Seriously, why is this so complicated?

The thing many sex ed classes say about the dynamics of sexual relationships is, “Wait until you’re married,” — as if putting a ring on your finger will magically resolve all insecurities you may have around your sexuality.

Unfortunately, it doesn’t. It’s almost like a broken record how many people you hear lament that they wish they had dated around more before they got married (see: my parents).

But the point is that if sex ed classes can dry out teenage ears for months on end, going on about fallopian tubes, zygotes and X and Y chromosomes, why can’t they push the scientific knowledge of romantic relationships on everyone as well? One could argue that’s even more important.

What about attachment theory, emotional needs and the differences between love, lust and commitment? What about the Neo-Freudian explanation for romance? What about dealing with the anxiety of meeting someone attractive?

Yeah, that would have been helpful. Oh well…