How to Get Motivated and Take Action

Motivation doesn't work like most people think it does. Here are some tips on how to get motivated without waiting for inspiration to strike.

Here’s a news flash for you:

How to Get Motivated: The “Do Something” Principle 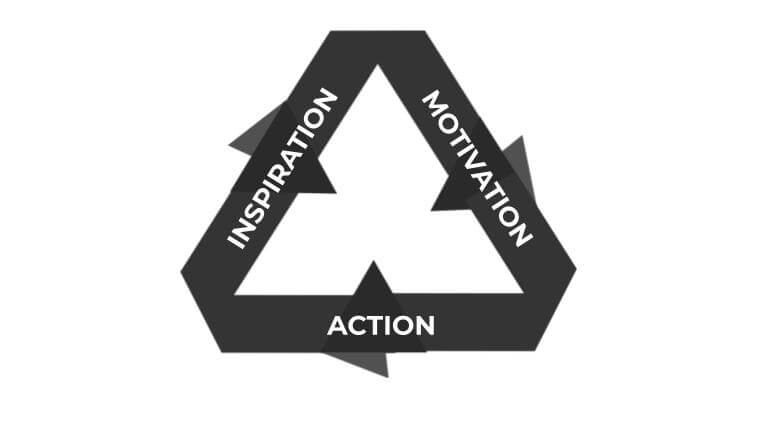 But no matter how you frame it to yourself, it’s an extremely useful mindset and habit to adopt. The more time goes on, the more I realize that success in anything is tied less to knowledge or talent, and more to action supplemented by knowledge and talent.

A Few Tips on Staying Motivated

Below are a few more tips on staying motivated in the long run. Rituals put The “Do Something” Principle in overdrive. You designate a behavior or set of behaviors to perform at a predetermined place or time—or ideally, both—in order to get you moving toward your desired behavior. It won’t take long until all you have to do is simply set the ritual in motion—using the “Do Something” Principle, of course—and let inertia do the rest.

More Resources on Habits and Rituals

Instagram memes. Email from the boss. Unread group texts from last night. Nine notifications on Facebook! Snap your oatmeal acai breakfast bowl (but forget that burger and fries you had for lunch yesterday). Odd DM from that weird girl in high school you friended 6 years ago… pyramid scheme. Leave on read—LOL! Group text is heating up again. Stacey and Jared need to break up. What is that kid doing on TikTok? Also, what is TikTok? Shocker: politician says something stupid again. What’s the weather today? And tomorrow… and next Thursday? Oooo, match on Tinder! Oh… dick pic. Guh, Brexit! Am I right?!?! How to Live a Healthy, Productive Life

Creating discipline in your life can seem like a never ending battle—but it doesn't have to be. I've put together a 55-page ebook on developing rock-solid self-discipline and healthy habits. Put your email address in the form below and I'll send it to you.