Making better decisions in life is a skill you can practice and develop. Here are five principles to use when making any big life decision.

One day, when I’m a multi-billionaire, I’m going to buy a massive plot of land out in the frigid wasteland of the northern Yukon and build a vast complex of unnecessarily poorly-designed buildings. There will be no roads that lead there. No utilities. No central heating. And insufficient staff to maintain the structure. I’ll then call it, “The Hall of Fame of Bad Decisions.”

It will be perfect. Because not only will the hall itself be a bad decision, but anyone who ever attempts to visit it will clearly be making a bad decision as well.

Inside the hall, we will have exhibits for all of the worst decisions ever made. There’d be one for that time when Kodak, despite owning 90% of the market share of the camera industry and inventing the digital camera, decided not to sell them and went bankrupt as a result. There will be another for the time when Decca Records passed on signing The Beatles because they thought “guitar bands are on the way out.” There will be a whole wing for stupid military leaders who tried to invade Russia. And we’ll have a special “Tiger Woods” wing where we rotate in/out celebrities who wreck their own careers by doing something exceedingly dumb.

And I guess, while people are there, we’ll trot out a speaker or two and give seminars on how to not make such awful choices. They’ll offer some principles on how to make better life decisions.

All tough decisions are essentially about weighing values. There’s financial value, emotional value, social value, intellectual value, and so on. You have to consider all of them, weighing them appropriately. And not just in the short-term, but in the long-term as well.

This “weighting” of values is incredibly difficult, largely because we struggle to see things clearly.

As a general rule, we are all heavily biased towards the short-term rewards and towards emotional value. We are biased towards our pre-existing beliefs and protecting our reputation. And we’re also bad at seeing long-term rewards clearly because it’s difficult to look past our immediate fears and anxieties. Our emotions color everything we see. Our “default” decision-making also makes it incredibly painful emotionally to give up on something we’ve worked a long time on, or to consider that we may have been wrong for years.

The fact is, we’ve all been wrong for years. We’re all wrong about our value estimates. And until we can be honest about how wrong we were in the past, we won’t learn to make better value judgments moving into the future.

Our “default” decision-making also encourages us to avoid short-term failures, even if that means missing out on long-term successes.

No, the sweet spot in decision-making is to find the short-term failures that enable the huge long-term successes to happen in the first place. Because this is what most people are bad at. And because people are bad at it, this is where most of the opportunity lies…

Ever hear those stories of wildly successful entrepreneurs and how they had, like, 23 failed businesses before they made it big?

The lesson we’re all supposed to take from this is that persistence and hard work is the key to extraordinary success.

Usually, we can’t help but look at them and think about how “lucky” they got. I mean, Amazon! Who knew?!

What we don’t consider is that out of those dozens of failed, half-baked business ideas were all wagers with limited downside and extremely high upside. That is, if they lose, they lose a little. But if they win, they win a lot.

If you’re not bad at math, you would know that you should spend all the money you have rolling those damn dice. Most people look at each decision as a single roll of the dice. They don’t think about the fact that life is a never-ending sequence of dice rolls. And a strategy that loses a lot per roll can actually make you a big winner in the long run.

Yes, you will lose the dice game way more than you win. But when you win, your winnings will far outstrip your losses, making it a worthwhile wager.

You can apply the same “risky” behavior in your life to achieve more optimal long-term results:

When you think purely in terms of the immediate result, you cut yourself off from the biggest potential gains in life. And the reason most of us do this is because of our pesky emotions. Our emotions are short-term biased. They are obsessed with the present moment. And this prevents good decision-making.

Here’s one thing I’ve noticed over the years: shitty dogs almost always have shitty owners. The dog’s level of discipline is reflected in the owner’s emotional maturity and self-discipline. It’s very rare to see a dog that’s wrecking the house, eating all the toilet paper and pooping all over the couch and the owner has their own shit together.

Our emotions are kind of like our dog that’s living inside our head. We have this part of ourselves that just wants to eat, sleep, fuck and play, but has no conception of future consequences or risks.

That’s the part of ourselves we need to train.

Our emotions are important. But they’re also kind of dumb. They’re not able to think through consequences or consider multiple factors when acting.

Our emotions overreact to things by design. They evolved to keep us alive when we were hunting water buffalo on the savannah and shit like that. When we’re scared we want to run away or hide. When we’re angry we want to break stuff.

Thankfully, our brains evolved logic and the ability to consider the past and the future and all that great stuff. That’s what makes us humans. And not dogs.

It’s only by training your dog brain with your people brain, “No, bad Mark, ice cream for breakfast is bad, go do something else that feels good and is healthy,” that your dog brain gradually learns.

Do that enough and you have a well-behaved dog brain. 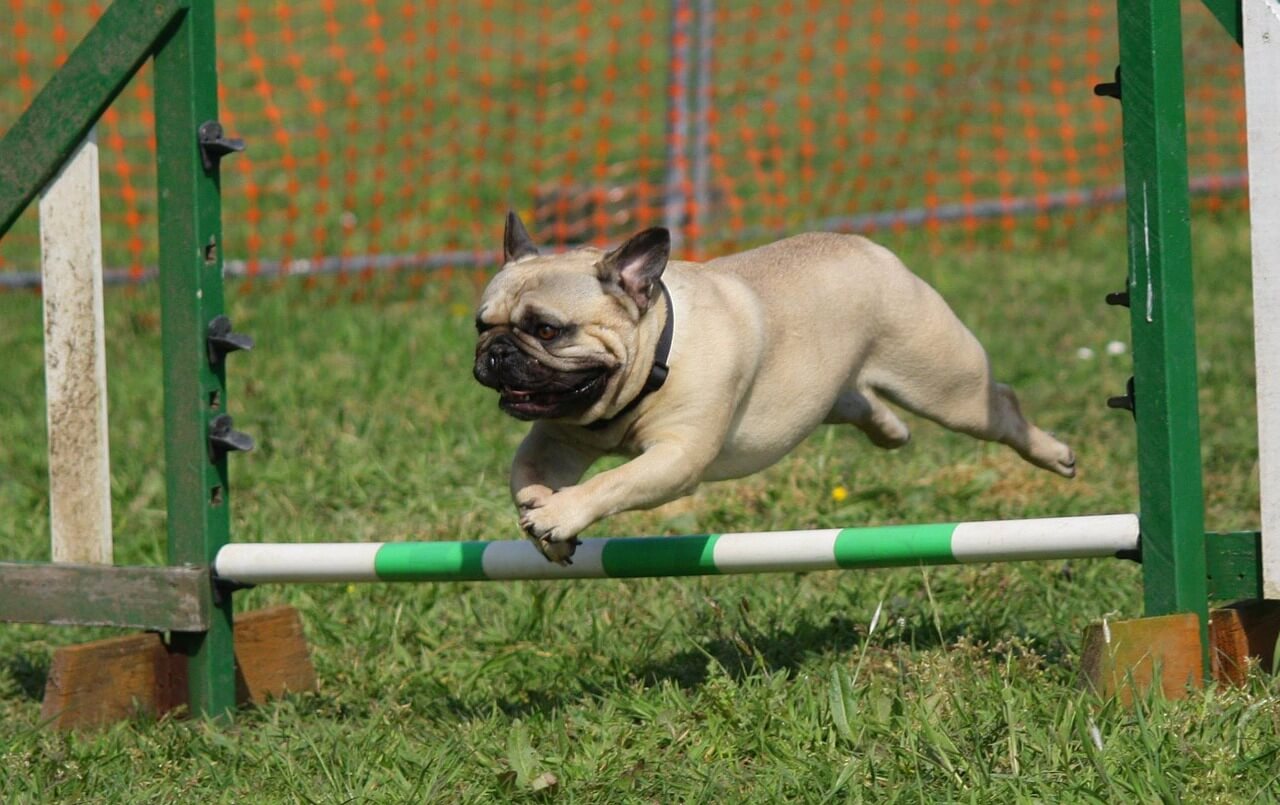 Emotions are great for giving you that umph of passion and spirit, the same way a dog is great for running and fetching stuff and being a great friend and barking when someone weird is hanging out by your bedroom window.

But the dog is limited. It needs context and direction to behave well and function. And that’s your job as the dog owner. Similarly, your dog owner brain must train the dog brain to sit down and shut up when necessary. You must give yourself context and direction. Train yourself to adopt the correct habits and make better decisions. Reward and punish yourself.

4. Optimize Your Life for Fewest Regrets

Regret is sometimes called a “rational emotion” by psychologists. And not really because regret itself makes us more rational—at least not directly—but rather the way we predict regret is often done in a rational-looking way.1

In making decisions, we’ll often consider the options available to us, imagine our future selves after choosing one of these options, and then try to feel how much regret we experience in this simulated future state. We then run this simulation again, choosing a different option, and compare that simulated state of regret/non-regret to the others.

This ability is both a) fucking amazing when you think about it and b) incredibly useful as long as we use the most accurate and complete information available to us (by using all the ideas we’re covering here, of course).

Most of us are afraid of failing or screwing something up. But we rarely ask, “Would I regret that failure?” If the answer is “no,” then that is absolutely a risk you should pursue.

Similarly, a lot of us love envisioning massive success. But if we ask, “Would I regret never having that success?” usually we find that the answer is “no.” Only when it’s “yes” should we probably make the sacrifices to achieve it. Sometimes, the right decision becomes crystal clear when put into these terms. Legend has it that Jeff Bezos left his cushy, high-paying job to start Amazon because it was so obvious to him that he’d regret it if he got old and didn’t at least try this whole “internet thing.” Staying at his job, on the other hand, carried a lot of future regret that was apparently quite palpable for Bezos.

I personally know a lot of people—myself included—who ultimately made big life decisions largely based on the path of least regret. These decisions are almost always described as the best decisions they’ve ever made. Go figure.

Instead of basing your decisions around success/failure, or happiness/pain, base them around regret avoidance. Our regrets are usually the best measurement of what is actually valuable to us in the long-run.

The best way to help you sort out all of your emotional drivel from actual decision-making is to write things down.

Writing things down is a simple but powerful way to clarify everything that’s swirling around in your head. I get emails from readers all the time with long screeds about the issues in their lives only to have them say at the end that they don’t need a reply because writing it all out was so cathartic and revealing for them.

The act of writing forces you to organize and make concrete all the emotional turbulence swirling around in your brain. Vague feelings become structured and measured.  Your self-contradictions are laid bare. Rereading what you write reveals your own logic (or lack thereof). And it often reveals new perspectives you hadn’t considered. And when it comes to mulling over a decision, there are a few specific things you can write about to help you if you’re having difficulties:

For instance, here’s my Horrible Decisions Hall of Fame Table:

So there you have it. No “Horrible Decision Hall of Fame.” Why? Because it’s a horrible decision.