A No-Bullshit Guide to Meeting the Right Person

A sizable portion of the dating pool is made up of people who think that all of the people they meet and date are untrustworthy, shallow, selfish, and manipulative.

Yet, as I’ve written previously, if all of your relationships end in psychological ruin, then that says more about you and less about everyone else. Your sample size sucks. And your ability to choose a romantic partner sucks.

There are millions of attractive, confident, emotionally stable, amazing, and yes, single people out there. You just have to know how to spot them and attract them.

Here, let me help you with that.

How to Find the Right Person

1. Drop all games and pretenses.

If you ever catch yourself thinking phrases such as: “If I do X, then he/she will think Y,” or “What did they mean by that?” or “What are they trying to make me think about?” or “I never know exactly how he/she feels about me,” or “He/she says A, but then does B,” then let it go. It’s bad enough being in a romantic situation where the emotions and sexual interest are ambiguous — that means that one or both of you is incapable of expressing yourselves coherently.

But once the meaning of the behavior itself becomes ambiguous, well, that means one or both of you is attempting to manipulate the other one and you’re setting yourself up for disaster. It may not happen right away. It may not even happen soon. But one day, you’re in for a disaster. You’ve been warned.

2. Develop a nose for needy behavior.

In my book Models, I define neediness as the underpinning of all non-attractive behavior. Neediness is when you prioritize the perceptions of others over the perception of yourself.

You need to develop a nose for needy behavior, that is, behavior from someone who values your opinion of them more than their own.

What does needy behavior look like? Lying to impress you. Fishing for compliments. Being extra sensitive or dramatic in order to gain sympathy. Framing themselves as the victim repeatedly to get you to “save” them. Picking fights for completely subjective and irrational reasons. Intentionally trying to make you jealous.

It should be noted that we all feel needy from time to time. But there’s a certain degree of neediness that should be a clear red flag, especially if someone is needy to the point of outright emotional manipulation. The problem with needy behavior is that if it feels normal to you, then it will seem normal in everybody else. That is, if you regularly engage in needy behavior and think it’s acceptable dating behavior, then you will fail to spot it in the people you date.

“Yeah, she lied to me about her ex-boyfriend still calling her, but I think she just wanted to make me jealous. So I bought her a new handbag if she agreed to block his phone number. I think it’s a good compromise, right?”

A lot of people can spot needy or manipulative behavior, but they tolerate it or even rationalize it away. That makes them needy as well. The reason they tolerate or justify needy behavior is because, despite being fucked up and unpleasant, it still makes them feel important and wanted. In extreme cases, these people have such low self-worth that they unconsciously feel they deserve to be manipulated and used.

People who excuse this kind of behavior are always going on about change. “She’s going to change.” “He’s getting better.” “She’s having a hard time but I’m helping her get through it.” But these justifications only continue to feed the toxic behavior. When you do this, you’re continuing to feed the victim/rescuer cycle, and, in fact, nothing has changed. And nothing will.

There’s a dating karma and what you put out will ultimately come back around and wreck your world.

One Trait to Look For in a Partner

Now, some people think my views towards romantic relationships are a little extreme sometimes. And I get it, I often use extreme examples to illustrate my point when it comes to things like values and boundaries. A lot of people think I’m suggesting that you only seek perfection in your love life, which just results in unrealistic expectations, which then results in disappointment because no one is perfect.

Well, of course, everyone has faults. It’s impossible to find someone without some emotional baggage or insecurities.

The real question is, how do we deal with it? I previously pointed out how to notice emotionally manipulative behavior and how to avoid people who display it. These are people who have problems and baggage and used them as a weapon with the people they date.

But now I want to talk about what traits to actively look for in a relationship partner when deciding to date or commit to them, baggage and insecurities and all.

(SPOILER ALERT: You want to look for people who manage their insecurities well.)

My first handful of significant relationships were mired with a lot of manipulation and victim/rescuer dynamics. These relationships were great learning experiences, but they also caused me a great deal of pain that I had to eventually learn from.

It wasn’t until I managed to find myself in relationships with some emotionally healthy women who were able to manage their flaws well that I really learned what to look for when dating someone.

The ability to see one’s own flaws and be accountable for them.

Because the fact is that problems are inevitable. Every relationship will run into fights and each person will run up against their emotional baggage at various times. How long the relationship lasts and how well it goes comes down to both people being willing and able to recognize the snags in themselves and communicate them openly. 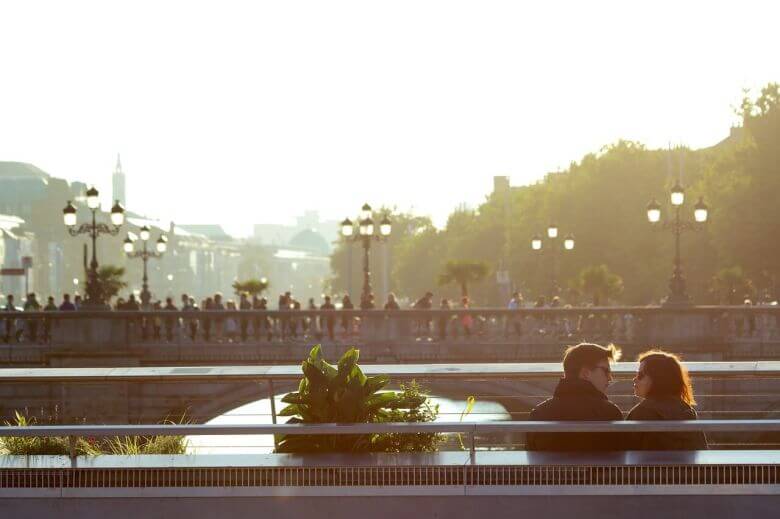 Think of your love interest and ask yourself, “If I gave him/her honest, constructive criticism about how I think he/she could be better, how would they react?” Would they throw a huge fit? Cause drama? Blame you and criticize you back? Claim you don’t love them? Storm out and make you chase after them?

Or would they appreciate your perspective, and even if hurts a little or if it’s uncomfortable, even if there was a little bit of an emotional outburst at first, would they eventually consider it and be willing to talk about it? Without blaming or shaming. Without causing unnecessary drama. Without trying to make you jealous or angry.

Then they’re not dating material.

But — here’s the million-dollar question — think of that same love interest, and now imagine that they gave you constructive criticism and pointed out what they believed to be your biggest flaws and blind spots. How would you react? Would you brush it off? Would you place the blame on them or call them names? Would you logically try to argue your way out of it? Would you get angry or insecure?

Chances are you would. Chances are the other person would too. Most people do. And that’s why they end up dating each other.

Having open, intimate conversations with someone where you’re able to openly talk about one another’s flaws without resorting to blaming or shaming is possibly the hardest thing to do in any relationship. Very few people are capable of it. To this day, when I sit down with my wife, or my father, or one of my best friends and have one of these conversations, I feel my chest tighten, my stomach turn in a knot, my arms sweat.

It’s not pleasant. But it’s absolutely mandatory for a healthy long-term relationship. And the only way you find this in a person is by approaching the entire relationship — from the moment you first meet them — with honesty and integrity, by expressing your emotions and sexuality without blame or shame, and not degenerating into bad habits of playing games or stirring up drama.

You may think a person like this doesn’t exist. That they’re a unicorn. But you’d be surprised. Your emotional integrity naturally self-selects the emotional integrity of the people you meet and date. And when you fix yourself, as if by some magical cheat code, the people you meet and date become more and more functional themselves. And the obsession and anxiety of dating dissolves and becomes simple and clear. The process ceases to be a long and analytical one but a short and pleasant one. The way she cocks her head when she smiles. The way your eyes light up a little bit more when you talk to him.

Your worries will dissolve. And regardless of what happens, whether you’re together for a minute, a month or a lifetime, all there is is acceptance.

And that’s the whole point, isn’t it?

Below is a list of some of the most popular ones and some of my favorites as well. You can also get my free, 28-page ebook that dives deep into emotional needs in relationships.